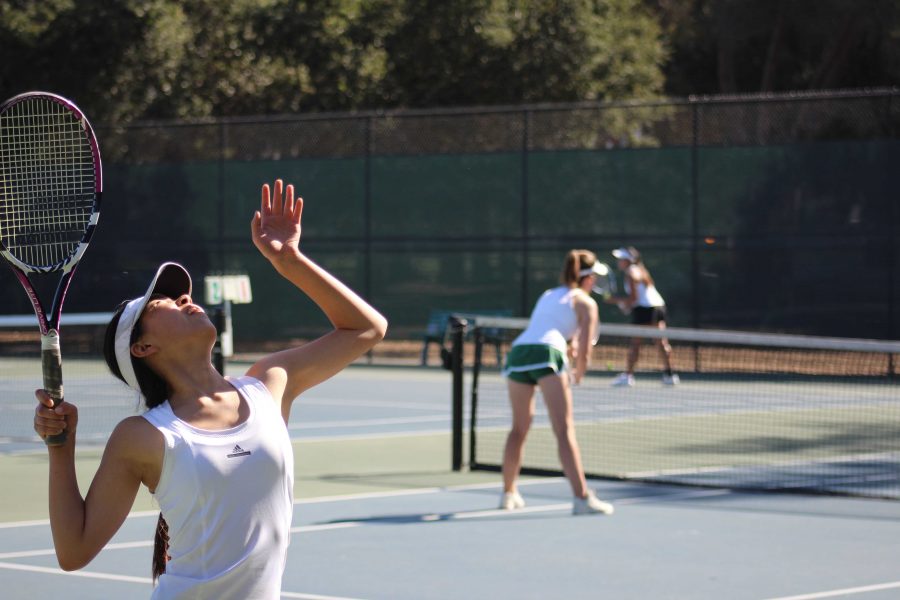 Senior Alice Zhao prepares for a serve in a doubles match Thursday. The pair helped boost the team to a dominant 5-2 win. Photo by Sid Sharma.

The victory helped the team keep its undefeated league record and move to the No. 1 spot in the league. Coach Andy Harader has said he is confident they will win the championship.

“The only thing keeping us from winning the championship will be ourselves this season,” Harader said.

The Vikings were able to capitalize on the blowout success of both their doubles and singles players, especially senior pair Alice Zhang and Avery Pearson, and ranked freshman Avanika Baswani, according to senior Grace Mayerly Short.

Members of the team have continued to express pre-season concerns about their net game.

“We should continue to improve our net game because it’s a convenient skill to have,” Pearson said.

The next game will be during the annual Paly Invitational, both Friday, September 15, and Saturday, September 16, with a starting time of 9 a.m. and 7 a.m., respectively. It will be held at Paly.