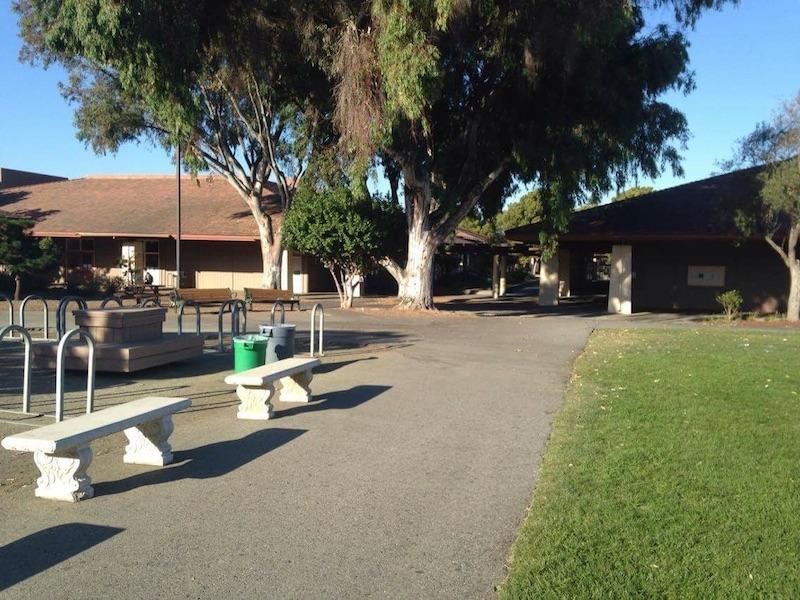 The Palo Alto High School administration is investigating a streaking incident that occurred at lunch today on the Quad.

The streaker began his run from the Quad towards the Embarcadero Road overpass exit, according to junior Louisa Keyani.

“I was between the Language building and English building, walking to Town and Country and I heard cheering from the Quad so I turned around, and running straight towards me was a naked person,” Keyani said.

A scarf covered the streaker’s face, according to witnesses, and Paly administration is still currently working on identifying the perpetrator.

“We have a few leads and we’re following up on them,” Assistant Principal Jerry Berkson said. “Someone is going to get caught, and it will be a big deal.”

Berkson also emphasized that streakers will face many consequences for their actions.

“It [streaking] is a huge risk,” Berkson said. “A lot of students have put in a lot of work here and it would be a shame if it affected them getting into college if it did go on their record.”

This is the third streaking incident to take place at Paly in the last year, after two streakers ran across the football field during Spirit Week in October 2015. According to Berkson, faculty and staff will be on alert this year.

“We put our guard down because we thought we were done with it, so I’d say our guard will be up,” Berkson said. “But, at the same time, we can only spend so much time working on it. We’re hoping this is a one time thing.”

While the streaking had long been a tradition at Paly, until it was cracked down upon by administration in 2013, many students feel it is inappropriate for a school environment.

“On campus, it’s not the greatest idea,” sophomore Anna Hetterly said. “Especially since it’s the very beginning of the year, and the freshmen are still adjusting.”

“It’s not allowed for a reason,” Keyani said. “It makes lots of people uncomfortable.”

Berkson said that he is hoping that the streaking doesn’t occur again.

“It would be appreciated if people would stop doing it [streaking],” Berkson said. “We have worked hard to not have streakers. Do other things, but don’t streak.”