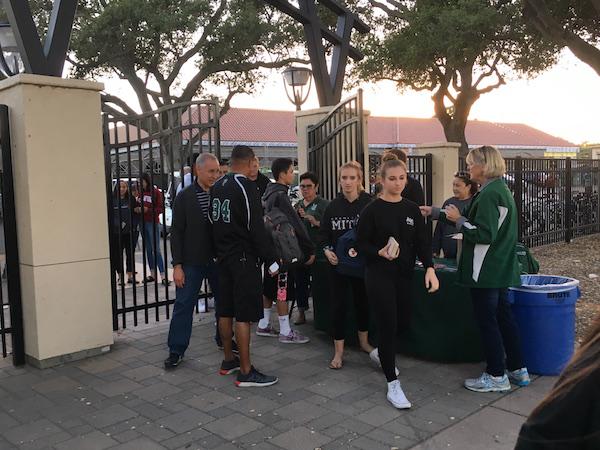 The new rules include students entering the stadium using a separate gate, being barred from bringing liquids into the stands, and having their bags searched.

According to Principal Kim Diorio, her administration is implementing the procedure because of students drinking at the last home game against Patterson High School on Aug. 26.

“It was reported to us that last week there was quite a large number of students drinking in the students’ section,” Diorio said. “It occurred to us that they were bringing liquids [alcohol] into the stadium as well.”

Diorio said students should expect the procedure to be in place for the rest of the football season.

“We [administrators] will probably use it at every home game at least for this year,” Diorio said.

The administration’s priority is to prevent student drinking rather than handle the problems caused by it, according to Assistant Principal Jerry Berkson.

“Prevention is a lot better than having to deal with it later,” Berkson said.

According to Berkson the goal of the new check-in system is to maintain safety at football games.

“The bottom line is that we have to keep the place safe for everyone,” Berkson said.