Sugarwise: Putting the ‘sweet’ in ‘sugar-free’ 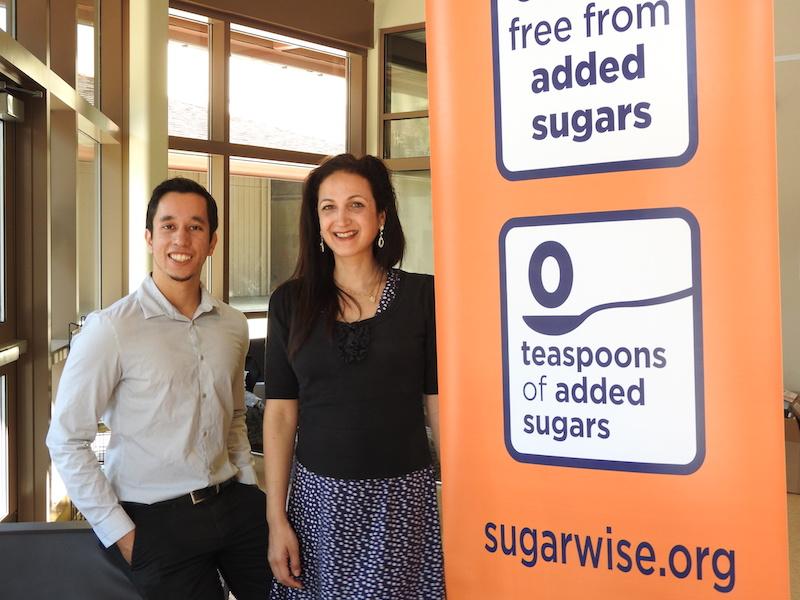 Food scientists have painted a dismal picture of the American health landscape: more than two thirds of American adults are overweight, half of whom are considered obese. Worldwide, nearly two billion adults are overweight and most of the world’s population live in countries where obesity claims more lives than starvation, according to the World Health Organization.

In the midst of this health crisis, British entrepreneur Rend Platings has developed a solution that she believes can promote nutritional eating worldwide. Platings’ independent organization, Sugarwise, tests foods and drinks for added sugar and accredits healthy products that meet nutritional standards. Sugarwise officially launched its American debut in Palo Alto on Friday.

Platings was inspired to create Sugarwise in early 2015 by her one-year-old daughter.

“I was shocked to find out that her generation is expected to live a shorter life than my generation because of the sugar in their diet,” Platings said. “So I gave up my 10-year-old technological company because I decided I wanted to do something about it.”

Since then, Platings has developed her United Kingdom-based enterprise and expanded it across Europe. Following the 2016 Brexit vote, however, Platings relocated Sugarwise to the United States.

Platings and Chief Scientist Vinicius Ferreira arrived in Palo Alto for the  “Real Food Fun” conference in the Palo Alto High School Media Arts Center on Thursday. On Friday morning, the duo handed out certified low-sugar snacks and discussed their venture with students in the MAC.

“We are raising awareness for this Kite mark [British trademark],” Platings said. “It’s a different way of approaching the whole sugar problem by celebrating and highlighting foods that are low in the kinds of sugars that we need to worry about. A lot of the talk [about unhealthy food] has been really negative, it’s been about taxing and penalizing food and removing food [from stores].”

While the organization does not create its own products, Sugarwise identifies added sugar in food and awards healthy products with a seal of recognition.

“Previously people weren’t able to, using laboratory testing, determine how much of the sugar is added and how much is just the overall natural sugar in the product,” Platings said. “Viniscius [Ferreira], the inventor, devised the test for differentiating the added sugar from the overall sugar for the first time. There are vegan and halal and all these different types of logos, and we give accreditation to products that don’t have added sugar.”

According to Platings, Sugarwise-certified foods, which include chocolate and granola bars, may still be high in fat. However, while some producers may substitute sugar for fat and other additives, the only notable difference in these products is the lack of unnatural sugar.

Senior Flora Yu says that Sugarwise-certified food tasted similar to other foods that are high in sugar.

“You couldn’t really tell that the food was low in artificial sugar so I believe that Sugarwise is a great idea,” Yu said.

Overall the organization believes it can help improve the world’s health.

“We want to put a different energy into our food environment,” Platings said.