Coldplay Review: yet another sold out tour – deservedly so 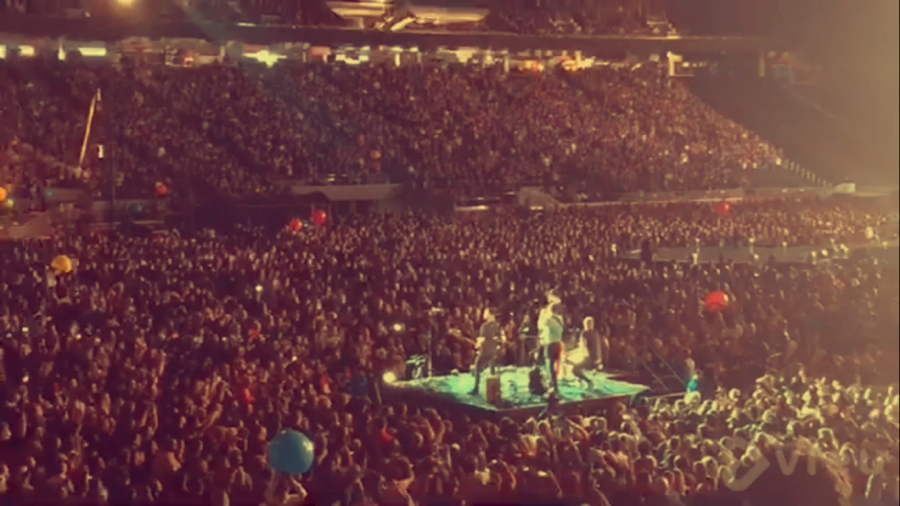 A compilation video of Coldplay’s ‘A Head Full Of Dreams’ concert. Video by: Bradley Smith

It was dark, and there were screams from every corner of the stadium. The next second, color erased the darkness and light illuminated the audience and the concert began.

On Saturday, Sept. 3, concertgoers went on an “Adventure Of A Lifetime” with Coldplay at Santa Clara’s Levi’s Stadium, where the band also performed at the Super Bowl 50 halftime show back in February.

Coldplay is an alternative, pop/rock band who recorded their first album, “Parachutes,” in 2000. Since then, they have released six albums. Some popular songs are “Yellow,” “The Scientist,” and “Paradise.”

The band played a variety of songs, some older and some from their newest album, alternating between up-beat songs and slower songs to let the audience catch its breath. The transitions between songs were smooth and quick.

Songs such as “A Head Full Of Dreams,” “Everglow,” and “Adventure Of A Lifetime,” were from the band’s newest album and were highlights of the tour because of how the crowd reacted and sang along. However, they played a cover from David Bowie, “Life on Mars?” which was a little out of the ordinary and was not introduced well.

The best part of the concert was looking around and seeing the colors and hearing the screams of happiness from the crowd. It seemed that some people had been waiting their whole lives to see Coldplay and that moment had finally come.

The band’s goal was to be a gateway to the audience to help them forget about their outside life and to be present and happy at that moment. They accomplished this by giving off positive energy.

They had a similar style during their 2012 tour where they also used glow bracelets and played similar music. Same style, new chords? That’s what makes them who they are. The band is true to their word.

Overall, Coldplay fed off the crowd’s energy and used solid performing and marketing skills, including glow bracelets and interactions with the audience, and it seemed like they had a true passion for their music and for each other.

The two singers to open for Coldplay were Bishop Briggs and Alessia Cara. Briggs is an up-and-coming artist with a hip hop style beat and Cara is a 20-year-old sensation, who’s pop style and catchy tones made the crowd sing along.

Both artists surprised me with their range of vocals, raw passion for music, and performing skills. Even though both are young and are still working hard, they showed that Coldplay has some competition for the future.