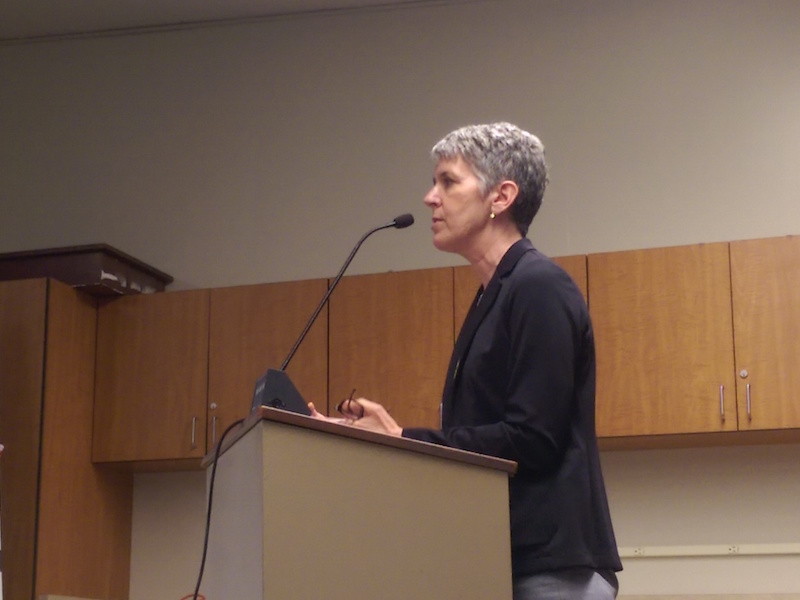 The Palo Alto Unified School District School Board of Education is looking forward to the Center for Disease Control final epidemiological aid report later this year after the CDC presented its preliminary findings during a meeting Tuesday at the district office.

The preliminary report presented statistics based on both fatal and non-fatal suicide attempts in youths ages 10-24 from 2008-15 across Santa Clara County, according to Dr. Pam Stoddard, a liaison between the Santa Clara County Public Health Department, which is working in collaboration with the CDC, and PAUSD.

“These initial findings are just the first step in understanding youth suicide in Santa Clara County and its communities,” Stoddard said.

The final report is expected to arrive by the end of the year, according to Stoddard.

Board member Ken Dauber was hesitant to jump to action after the presentation on the report.

“I think we clearly need to wait until we get the final report until we draw any conclusions and take action,” Dauber said.

Meanwhile, board member Heidi Emberling, who is also up for re-election, said she is glad the board reached out for help from the CDC.

“This [report] gives us a lot of food for thought on how we go back to our student population and where to focus our efforts on providing services [to students],” Emberling said.

Despite the plead for assistance from the district, in-depth data and analysis specific to Palo Alto only will not be provided in the final report, according to Stoddard.

“They [the CDC] have let us know their ability to look at Palo Alto specifically is very limited because the number of deaths is relatively small [compared to the whole county],” Stoddard said.

The study took information from 203 deaths across Santa Clara County and found that 75 percent were males, and more than 60 percent were ages 20-24.

“These students were more likely to report lifetime substance abuse, engage in binge drinking and identify as LGBTQ,” Stoddard said.

According to Stoddard, PAUSD should plan to focus on the overall trends that lead to suicide attempts.

“Schools and districts should focus on bullying prevention, and mental health outreach to LGBTQ students, students with history of substance abuse, those who feel disconnected from school, and those who miss school for any reason,” Stoddard said. “Whether or not these solutions, and which of these solutions would work in Palo Alto is something we need to talk more about.”

Editor’s note: This story originally stated that Ken Dauber is up for election in Nov. 2016, which is incorrect.