The Paly Voice • May 25, 2016 • https://palyvoice.com/120840/sports/season-recap-girls-and-boys-teams-finish-strong-for-both-swimming-and-diving/

Season recap: Girls’ and boys’ teams finish strong for both swimming and diving 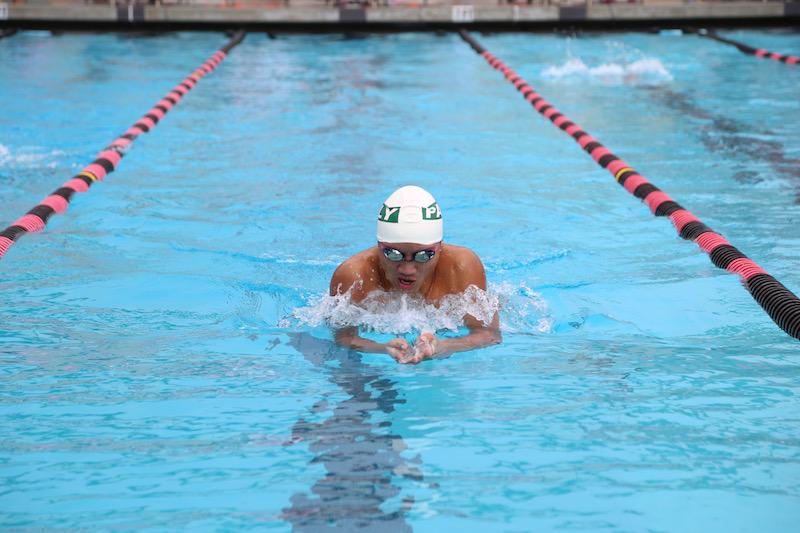 According to senior swim captain Kayleigh Svensson, the team has done a great job this season and has worked extremely hard to do well.

“It was a wonderful end to the season, and to my time here at Paly,” Svensson said. “I’m incredibly proud of our girls this year. We’ve worked through a lot of hardships, but we did well.”

Although the boys swim team did not place first, junior swimmer Andrew Jozefov said that this season was more than just getting the best times. It was also about bonding with the team.

“A lot of people had some huge time drops and although we came up just short of our goals we can’t be unhappy with [our] new best times,” Jozefov said. “It was a lot of fun spending time with my teammates this season.”

“I think this is one of the most successful seasons since I’ve been here,” Lin said. “Not because of the placings, but because of how much we improved as a team.”

Svensson echoed the same sentiment for the swimming team.

“I think we had a great season as a team. I’ll miss having them around next year,” Svensson said.