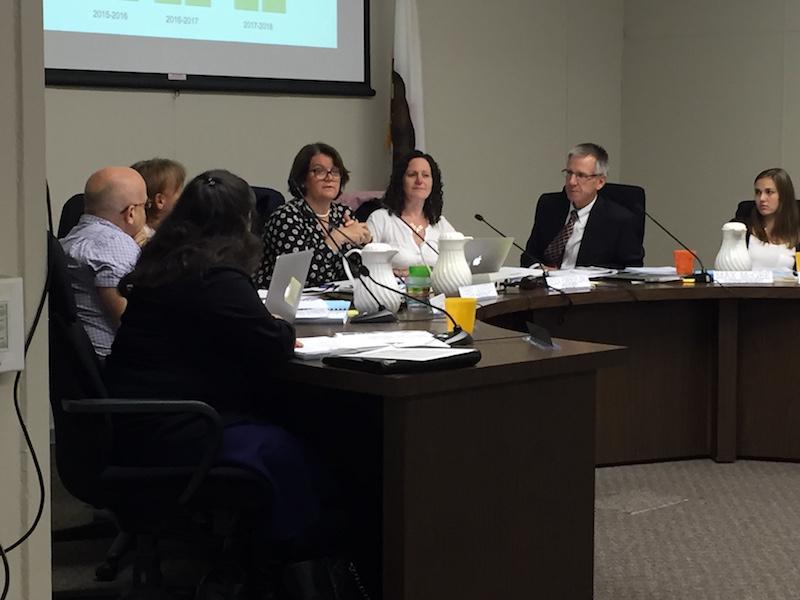 Students at Gunn High School are planning a sit-in protest at Tuesday night’s school board meeting. The meeting will also address the topic of teacher salaries and the possible ratification of a landmark three-year contract that would involve multiple raises.

According to the Gunn Oracle The protest stems from problems that occured with the Advanced Placement (AP) test. Proctor errors, including incorrect distance between students, caused the cancellation of test scores for Calculus BC, Biology, Environmental Science, Physics C, Physics 1, Spanish, Psychology, Computer Science A, Chemistry and English Literature.

The canceled test scores require students to either retake the test or forego any scores from invalidated exams. Students received this information several weeks after taking their tests, requiring them to review and study once again even as final tests and projects begin to pile up.

Gunn senior Ben Lee is one of the students affected by this.

According to Lee, the sit-in is an attempt to get students a voice in these situations, and to hold the Gunn administration responsible for its errors in proctoring.

“I’d say it’s to show the school board and general community that students want to be heard and students are visibly affected and care about this issue,” Lee said. “A main goal is to get the administration to actually be held accountable and for the school board to take some action regarding the procedures of administering APs and also how the administration functions.”

Students have also put forth a petition asking for flexibility with final projects and tests. According to Gunn junior Aidan Lilani, most teachers are fairly receptive to accommodating students’ needs.

“Most teachers have been really chill,” Lilani said. “They’ve been making finals optional or just lowering the work load.”

The AP mess only serves to reignite tensions between the Gunn students and administration. According to Lilani, the tension comes from the Gunn administration making significant changes to the Gunn system without student input.

“I would say there has been tension since they have been making a bunch of changes last year,” Lilani said. “First would have been the schedule change, and then getting rid of zero period.”

School board member Terry Godfrey says the students have made a major step forward by organizing themselves to protest the problems.

“I think the students have shown a lot of maturity by being clear through the petition what their expectations for a solution are,” Godfrey said. “This is a really tough situation for the students; the mistake was unfortunate but not deliberate and I imagine it will result in more solid procedures for the proctors going forward.”

According to the school board agenda, Supt. McGee will address the AP retake situation in his superintendent’s report.

Teacher salaries are also a topic of debate at the meeting. The school board will vote for a plan that would enact a 5 percent salary raise retroactively from July 2015, a 4 percent raise for the 2016-17 school year, and a 3 percent raise the following year. The plan also institutes bonuses depending on property tax growth.

According to Godfrey, the salary change should not be seen as a “money grab by teachers.” Several board members pointed to the importance of attracting high-caliber teachers and the high cost of living in the area as rationale for the salary raise.

The school board meeting starts at 6:30 p.m Tuesday at the district office.