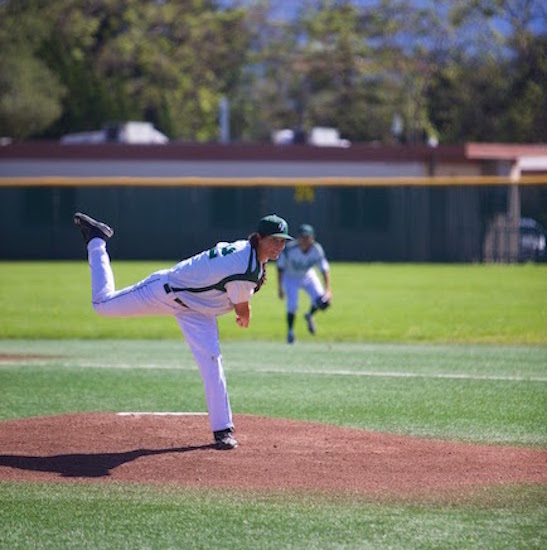 The Vikings suffered a similar loss to Carlmont High School during the 2014-2015 season in the first round of CCS.

Although the Vikings ended up in the same position as last year, the Vikings captured the Santa Clara Athletic League title which capped off another incredible season for the team.

According to junior pitcher Ryan Chang, the team is happy with its success throughout the season, regardless of the loss in CCS.

“Anytime you win the league it’s a satisfying feeling,” Chang said. “It was disappointing getting knocked out of CCS so early, but it doesn’t take away from the success we had prior.”

Senior ace Justin Hull said he will miss playing for Paly and that the team will succeed with the absence of the graduating seniors.

“I’ll miss everything about it [the team], but specifically will miss talking with all the guys during practice,” Hull said. “I think the team will do just fine next year. They’ve got plenty of players to replace the ones they’re losing and have a number of good JV players who will get some time.”

Regarding the future season, sophomore division one baseball commit Max Jung-Goldberg said the Vikings will look to underclassmen to fill some of the roles of the graduating seniors.

“Next year we are going to be a young team,” Jung-Goldberg said. “But I think that a lot of the underclassmen will be able to step up and fill the roles that the seniors played this year.”

According to maxpreps.com, a high school sports website, individual highlights include Hull, who led the De Anza League in runs on offense and batters struck out, and second best earned run average on defense. Additionally, junior center fielder Ben Cleasby led the league in runs batted in.