The Paly Voice • May 22, 2016 • https://palyvoice.com/120708/sports/preview-boys-golf-sophomore-ali-to-compete-at-norcal-golf-championships/ 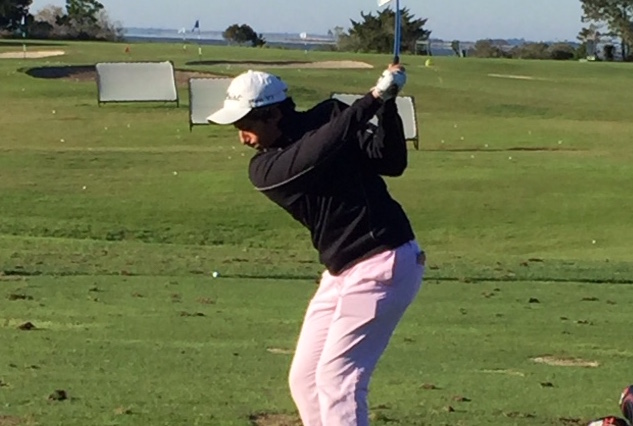 According to head coach Doyle Knight, Ali is the first Palo Alto High School boy golfer to qualify for the competition in 20 years. While this is unfamiliar territory for both Ali and his coaches, Ali says he believes in his chances of making it to the next stage.

“My primary goal is to advance to states and I feel as if I have a good chance at doing so,” Ali said. “I know that there will be great players there so I have to really focus and stick to my game plan.”

According to the Central Coast Section results, Ali squeezed into the NorCal competition after he defeated a pair of Archbishop Mitty players in a four-hole playoff.

Despite qualifying for NorCal, Ali admits feeling disappointed that he will not be competing alongside his teammates.

“I’m really disappointed that we as a team aren’t going together because I feel that we had a really strong team and had just one rough day,” Ali said. “But I’m feeling good and hoping I can advance to states for the team.”

Although the Vikings’ season concluded as a team last week when they finished in last place at the CCS championships, the team completed its season with an undefeated, 12-0, record in the Santa Clara Valley Athletic League.

Many of Ali’s teammates, including senior Matthew Lewis, are confident that Ali will perform at a high level.

“Ahmed is a great player,” Lewis said.”He knows his way around a golf course better than anyone I know, he has all the shots anyone could ask for, and I expect him to play exceedingly well this week at NorCals and I wish him luck.”