The Paly Voice • May 26, 2016 • https://palyvoice.com/120671/editorspick/school-board-representatives-to-obtain-preferential-vote/ 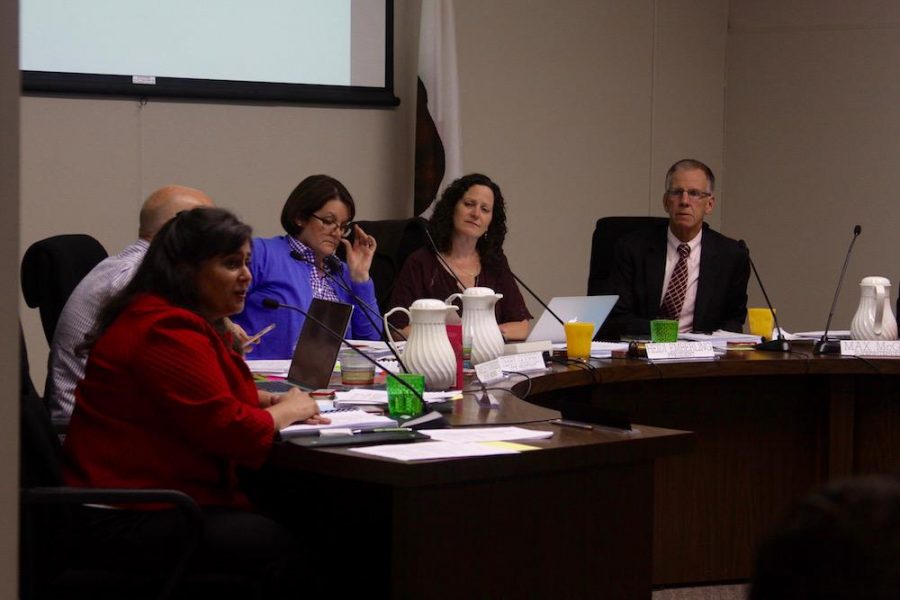 Pending approval at a meeting in June, Board of Education student representatives will cast preferential votes during Palo Alto Unified School District board meetings starting next school year.

Unlike the votes that school board members cast, preferential votes are not included in the vote counts. However, the votes are recorded in the minutes and allow student representatives to take an official stance on issues.

Junior Gunn High School school board representative Ankit Ranjan said the preferential votes will increase transparency and avoid any miscommunication between the board and the student body.

“[Junior school board representative] David [Tayeri] and I both care about increasing student involvement in district decision-making, and this is a great step toward that goal,” Ranjan said. “It allows us to take an unequivocal stance on issues and limit misinterpretation.”

Tayeri and Ranjan created the petition calling for preferential votes, which the board is required to accept with support from over 10 percent of the high school population under California Education Code 35012.

According to Ranjan, the petition easily received support from students, as well as community members.

“It was just waiting to happen,” Ranjan said. “Students generally supported the idea of improved student voice, board members were not opposed and there is legal basis.”

McGee said the change to allow preferential votes is a huge step to advance student voice, but sees the potential for more improvement.

“I think we can still do much more regarding student voice being heard,” McGee said. “I have some more plans that I will be sharing at our board retreat in June and announcing in August. One will be a student advisory board and one will be a variation on the policy commonly called ‘Open Door’ to an open outdoor one [office].”

To ensure the preferential votes are representative of the entire student body, Tayeri said he plans to encourage student involvement and communication.

“I strongly encourage students to attend school board meetings,” Tayeri said. “When students become more informed about the nature of the meetings and the issues being discussed, they can better take part in the discussion about where my vote will go. I also encourage anyone with a question about a school board decision or upcoming ballot measure to contact me anytime.”