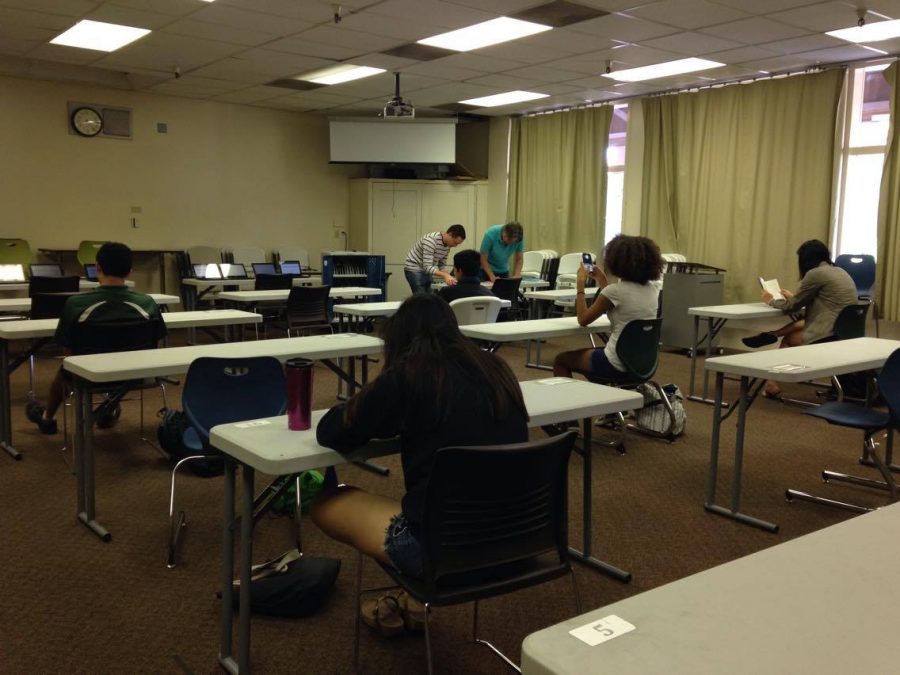 Approximately 75 percent of Palo Alto High School juniors opted out of the Smarter Balanced test on Tuesday and Wednesday.

“We had roughly 25 percent of the students show up,” Assistant Principal Adam Paulson said. “It seemed like it was a little bit less this year. … We’ve done these [California Standardized] tests for many years, and we’ve never got this non-turn out before. I guess we’re [admin] trying to grapple with why people are opting out.”

California Education Code §60615 permits students to opt out of California tests if their school receives a note of excuse from their parents. Last year about 50 percent of juniors opted out of the SBAC.

With such a small number of student participants, the administration will not be able to receive an accurate score of how the student body is performing academically.

“We need a 95 percent threshold to get a score for the school to get accurate data, which obviously we didn’t hit,” Paulson said.

According to Paulson, the administration can do little to ensure that students take the test.

“Obviously we want more kids to participate, but a lot of it is out of our hands,” Paulson said. “It’s a cultural thing. Students don’t see the benefit in it [the SBAC].”

“Smarter Balanced Testing is a low stakes assessment for students but a high-stakes test for our high school and it’s state-wide and national rankings, as well as being the primary source for school-wide data to inform our WASC continuous improvement process,” Diorio wrote.

Junior Dani Macuil says she opted out of the test as it occurred shortly after Advanced Placement exams and a few weeks before final exams.

“I didn’t go to Smarter Balance testing because I felt like it was unfair to ask students to do another week of testing on top of APs and getting ready for finals,” Macuil said. “I also knew that 95 percent of students wouldn’t show up; therefore, it would be pointless to go anyways because it still wouldn’t meet the requirements.”

According to junior Lydia Miller, her class experienced several technical issues on the first day of testing.

“Most of the computers didn’t have it [the exam] on there,” Miller said. “We had to go from computer to computer to see which had the test on it.”

At the beginning of the test, classes partook in discussions about the parts of a coffee cup to help solve math equations about a cup. On the second day, English teachers conducted a discussion about the definition of poetry and prose before starting the exam. While some students found the introduction helpful, others including junior Isabella Bernard found the discussions unhelpful in solving the problems and said they only wasted time.

“They [the discussions] weren’t even relevant to the problems,” Bernard said. “You didn’t need to know any of it to do the problems.”