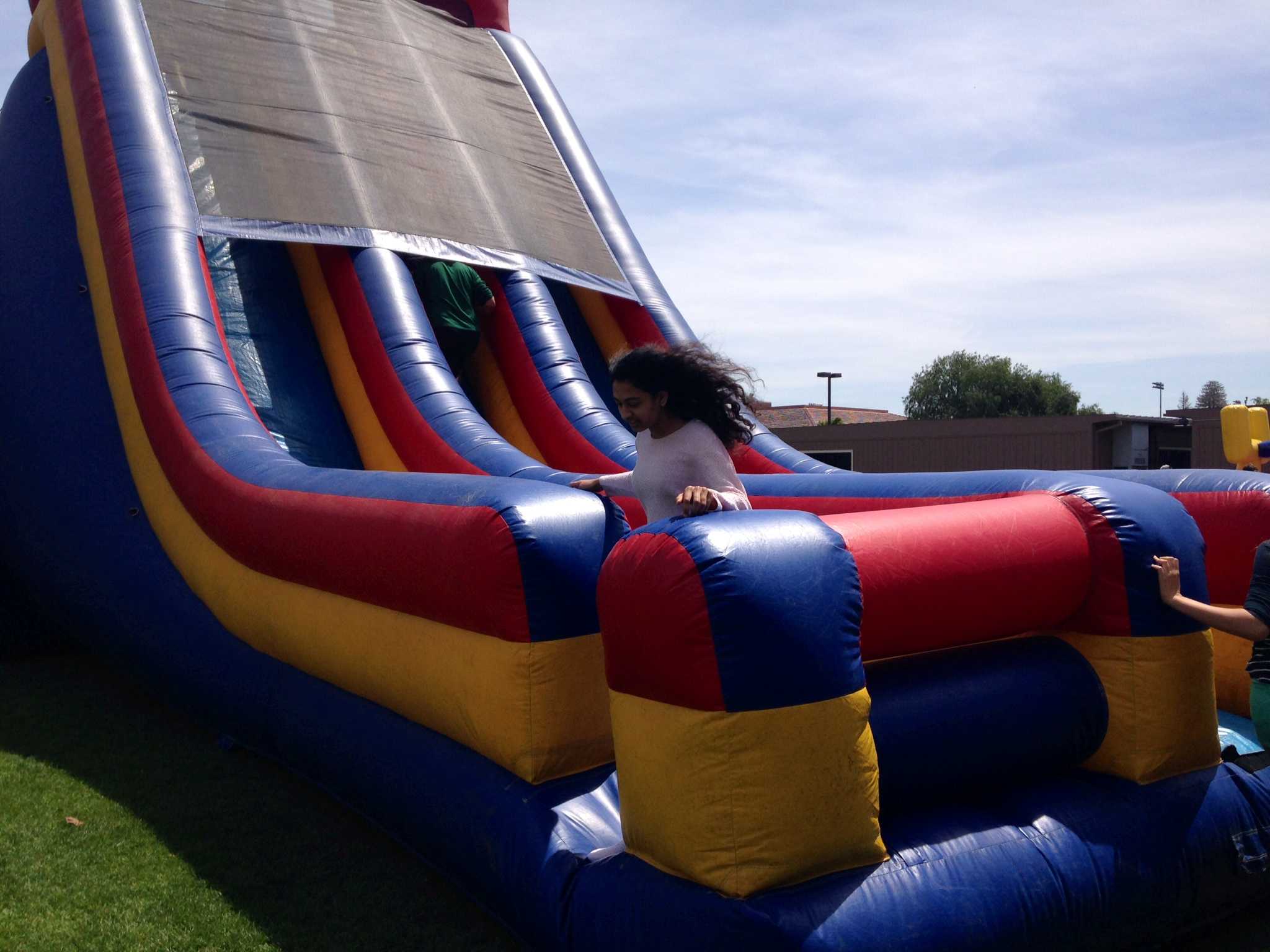 A student exits a large, inflatable slide that has been included in every Field Day prior to this year, according to ASB Vice President Anmol Nagar. This year, Palo Alto is enforcing a revised city ordinance that prohibits inflatable objects on campus, forcing ASB to rethink their routine Field Day activities. Photo by Amanda Carlsson.

The Associated Student Body will no longer offer inflatable objects or a full meal during Field Day, an annual extended lunch event tomorrow on the Quad.

“There was a new city ordinance which is why we can’t have all the normal inflatables,” Senior Vice President Bryn Carlson said. “But we worked really hard to find other solutions so we think that it’s still going to be a good event.”

And unlike previous years, ASB will no longer provide a full lunch in its attempt to reduce waste, according to ASB Vice President Anmol Nagar.

“From the past, we’ve had a lot of leftovers, so we wanted to avoid the waste,” Nagar said. “People go to Town and Country, and then they come back to hangout and play games on the Quad anyway.”

“We decided that a lot of people aren’t on campus during Field Day, so we didn’t want to spend a lot of money on burgers,” Momeny said. “So instead we’re doing Otter Pops.”

Despite the changes this year, many students are looking forward to the annual event as a time to unwind during their end of year exams.

“Even though there are no inflatables, I think this will be a great way to relax after APs [Advanced Placement testing],” junior Maddie Frick said.