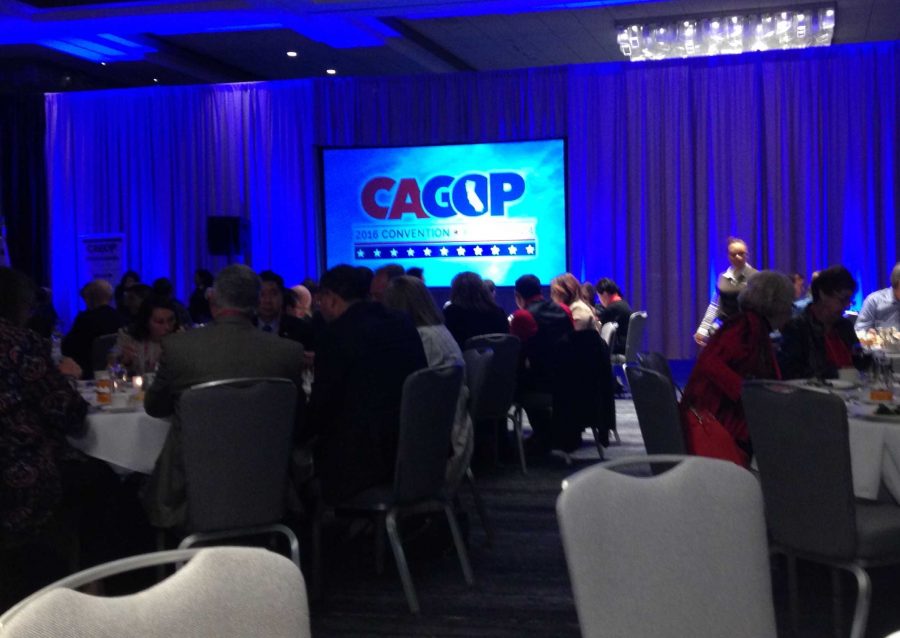 Republican presidential candidate and Ohio governor John Kasich will be speaking at the Hyatt Regency tonight in Burlingame, Calif. during dinner banquet.

Check back at 7:30 p.m. to receive live updates on his speech.

8:53 p.m. — Kasich says we need to recapture our former confidence and spirit to drive our nation forward.

8:44 p.m. — “I’ve been endorsed by over 70 newspapers. As if it mattered.” Seems like he doesn’t have much self-confidence in winning this election.

8:42 p.m. — Kasich shifts the discussion to mental health, stating that proper medical treatment and improvement is needed to combat this problem.

8:36 p.m. — “Here’s what I tell young people: you can have all the free you want but at the end of the day with the nation $30 trillion in debt, you might go to a free college but you won’t be able to get a job,” says Kasich, in reference to positions taken by Democratic presidential candidate Bernie Sanders.

8:33 p.m. — “I have been a Republican all my life,” Kasich said. What happened to growing up in a Democratic family?

8:25 p.m. — Kasich introduces himself. Having grown up in a blue-collar, Democratic family, he had never met a Republican in his youth.

8:22 p.m. — Seated to our left is Peter Ohtaki, former Menlo Park mayor and a current delegate.

8:14 p.m. — Currently we are sitting in the audience as people finish up their meals. Speakers should (hopefully) begin speeches shortly.

8:04 p.m. — Currently sitting next to Ron Unz, who is running for Senate in the upcoming election. His campaign posters say “Keep English Vote Ron Unz!”

7:41 p.m. — Group prayer finished, speaker moves on to the
Pledge of Allegiance.

7:35 p.m. — Dinner consists of a salad, warm bread rolls and a colorful yet mysterious dessert. This is a very elegant meal.