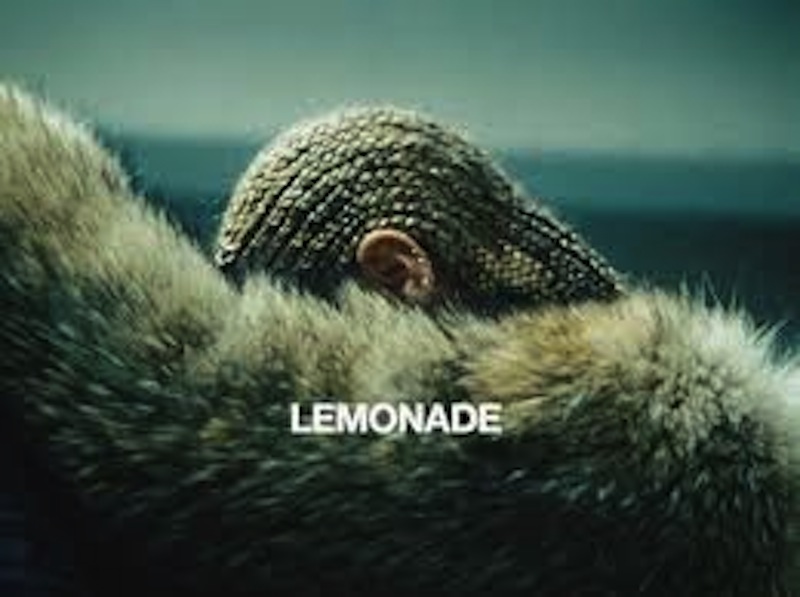 Music is often used to bring emotion to life, and although it can sometimes tell a story, other times catharsis is the goal for both the artist and the fans. What makes a release of emotions beautiful is when an artist is able to spin it into a more positive, hopeful message. Beyoncé’s visual album “Lemonade,” released in late April, has a meaningful message that goes beyond the topic of her husband’s infidelity. It is an empowering visual album that showcases the strength of women and African Americans.

Her hour-long music video incorporates all of the songs in the album with each song representing a different emotional stage. In between and throughout each song Beyoncé provides moving narration that includes religious references, reflections on her life and historical events. Although sometimes it can be hard to understand the entire message, the variety of ways to analyze the composition makes “Lemonade” a literature geek’s dream.

The stages of grief represented in the album include intuition, denial, anger, apathy, emptiness, accountability, reformation, forgiveness, resurrection, hope and redemption. Although all of these stages include a unique and powerful message, here are some of the most memorable components in Beyoncé’s visual album.

After the first song “Pray You Catch Me,” which is in the intuition stage and is the introduction to her visual album, Beyoncé provides narration as she is captured swimming in an underwater bedroom. The tempo is very slow, providing an eerie effect to the scene as Beyoncé sings a variety of melodious harmonies. The lyrics add to the sinister tone with phrases like “pray to catch you whispering.”

She then transitions into the next song — “Hold Up,” the denial stage. “Hold Up” begins with Beyoncé wearing a striking yellow dress as she opens the doors and water floods out from the bedroom. This is one of the most famous clips from her music video and she is seen smashing cars with a bat strutting down the street. “Hold Up” provides a reggae vibe that is peaceful and soothing, which is a striking contrast to her violent actions in the video when she smashes cars while swinging a bat.  The medium pace of the song is well thought out, making the scene just the right tempo instead of too rushed. Throughout the denial stage, Beyoncé portrays herself as delighted as she destroys the cars and the streets. Towards the end of this scene, children and others gather behind Beyoncé as they join her in the streets. This portrayal of solidarity showcases the surprising aspect of the scene: for a song about denial, the tune is almost happy and unnervingly relaxed.

In the anger stage with the song “Don’t Hurt Yourself (ft. Jack White)” the visual album flashes the phrase, “God is God and I am not.” It then leads into the next song “Sorry,” the apathy stage, featuring No. 1 ranked women’s tennis player Serena Williams in the song. The faster beat and sassiness of the song embodies more of the diva and “queen” that Beyoncé is known to be. Serena Williams and Beyoncé dance around a room and a bus as they sing “I ain’t sorry” repeatedly. This song is most popular for the lyrics, “Becky with the good hair,” which has sprung controversy as to who Becky is and if it has to do with Jay Z’s cheating scandal.

“Sandcastles” is Beyoncé’s most vulnerable song as it is the forgiveness stage and features Jay-Z. She is pictured laying with a veil over her head standing in the ocean. The song itself is slowed down with the simplicity of the piano playing in the background. “Sandcastles” shows a softer side to Beyoncé as her voice cracks, emphasizing raw emotion and her personal struggles. With Jay-Z featured in this stage, she shows vulnerability and allows the public to see a glimpse of their personal lives. In her narration component, Beyoncé includes phrases like, “Baptize me. … If we’re gonna heal let it be glorious” and “1,000 girls raise their arms,” a message of empowerment and hope that incorporates religious terms. This song perfectly contrasts to the rest of the album, providing almost a spiritual moment of relief in a storm of strong emotions.

“Freedom” is the stage of hope and is the epitome of female empowerment as many strong women like Zendaya, Winnie Harlow and Ava Clarke are featured in this song. The song “Forward” is the resurrection stage and also has powerful imagery as the mothers of several black men who were killed in the last couple of years were are shown holding pictures of their loved ones. This strong message shows how Beyoncé is willing to stand up for her beliefs in her music, making it clear that this an issue calling out for awareness and compassion.

“All Night,” the redemption stage shows many home video clips of Beyoncé’s family as well as other unknown people and is a bittersweet ending to her visual album. This has a much more peaceful and lighter vibe as it shows Beyoncé getting a matching “four” tattoo with her husband Jay-Z, as well as letting the public in on their wedding night with other couples who are unknown, smiling and having a good time together. All of these clips are happy, memorable events. It is a touching way to end her visual album as the song “Formation” is only featured in the end credits. She ends the song with “How I missed you my love” in a haunting whisper.

Beyoncé uses this visual album as a platform to show her beliefs of women and black empowerment. However, the visual album has a much deeper message than a way of getting revenge on Jay-Z. It illustrates her versatility as an artist: she can do anything from a touching slow song to a powerful, fast-paced pop song. However, the one complaint is that the songs are a bit repetitive, all over the place and not as cohesive because they seem to be there to supplement the visual aspect of the album. But this is Beyoncé we’re talking about — she can pull off any genre and make the music as catchy as always.