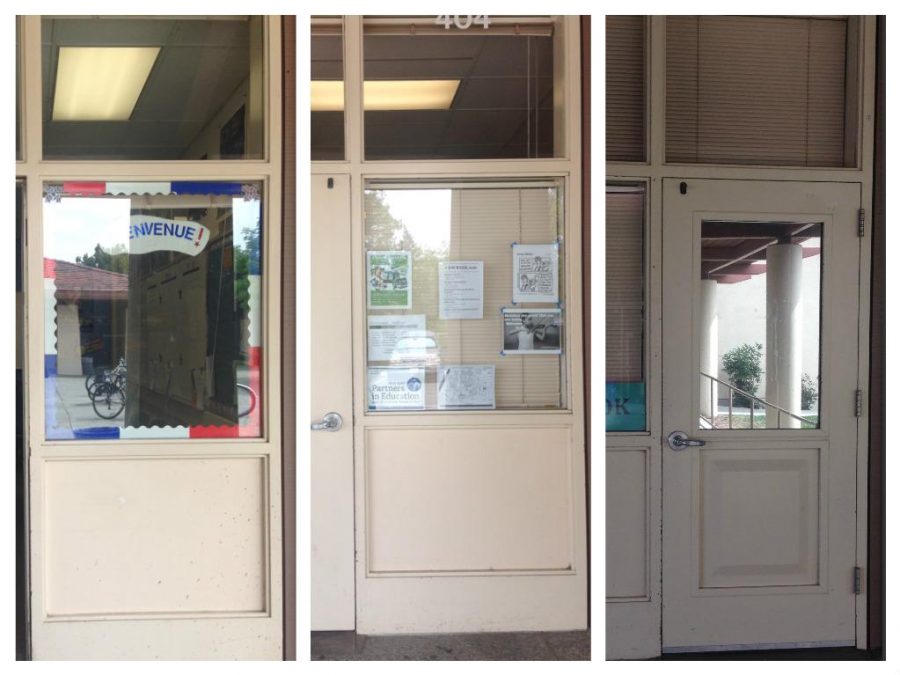 In an attempt to increase campus safety, the Palo Alto High School administration is soliciting feedback from teachers on tinted windows installed in the English and World Language departments over Spring Break.

According to Assistant Principal Jerry Berkson, the windows in the 200s and 300s buildings are now covered with a thin reflective film to test how to most effectively reduce visibility from the outside to the inside of the classroom in the case of a code red lockdown.

“This is really from a safety perspective in an active shooter situation,” Berkson said.

Ever since a teachers’ union representative reached out to the district after a group of teachers initially voiced their concerns, the district has examined possible safety precautions, according to Berkson.

“There were multiple options that were explored at a district level, and this is a conversation that’s been on-going for much longer than this year,” Humanities teacher and union representative Mimi Park said. “It wasn’t a decision that was rushed into.”

Administrators selected tinting, as opposed to blinds, because of its affordability, Berkson said.

Despite generally positive feedback, administrators are facing backlash from certain teachers who are unhappy with the unintended consequences of the film installation, because “with any solution, there’s going to be downsides and upsides,” according to Park. Advanced Placement Literature teacher Sarah Bartlett feels that the windows reduce lighting in the classroom and also fail to prevent visibility at a close distance.

“Some teachers permanently block off all their windows with posters, so for them, it [the film] doesn’t matter,” Bartlett said. “But some of us don’t want to do that.”

According to Park, who was involved in the discussion of the film’s installation because of her role as a Teacher’s Union site representative for Paly, tinted windows are only meant to completely block visibility when the classroom lights are off.

“The question has been: How do we cover up the windows and make sure that everyone in the room is safe so that a potential shooter, or someone who doesn’t have good intentions, can’t just peer into the room and see where people are?,” Park said.

Park says she feels that the project marks an increasing emphasis on safety initiatives within the district.

“I’m glad that the district and the school are taking steps to make our buildings a little bit safer, with the lockblocks [on classroom doors] a year ago, and now with the reflective covering,” Park said.