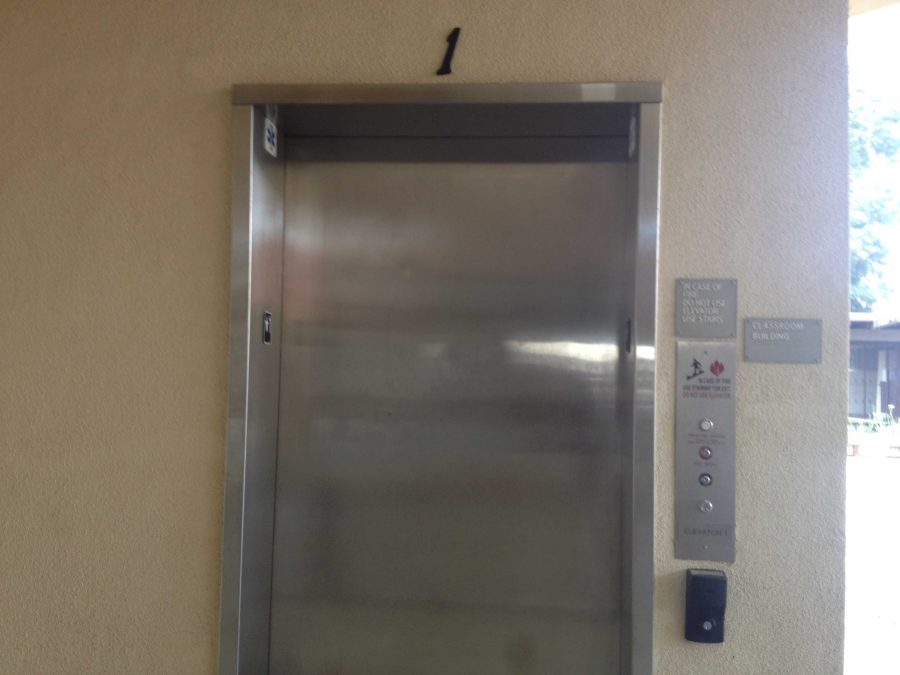 Three students were trapped in the elevator of Palo Alto High School’s 800 building at brunch today after an unexplained malfunction.

According to sophomore Rebecca Yao, one of the students who was in the elevator, she and her friends entered the elevator at the end of brunch and discovered that the buttons weren’t working.

“I tore ligaments [in my knee] so I’ve been scootering around and using the elevator to get to class,” Yao said. “Me and two other friends realized that we weren’t moving up and initially thought that maybe we didn’t press the button. And then we realized that the second floor button wasn’t working. We tried to open the door and get out but the door shuttered and then wouldn’t open.”

Despite the potentially frightening situation, Yao and her friends stayed calm.

“It was actually kind of funny,” Yao said. “When we first went in one of my friends was like ‘Wouldn’t it be funny if we got stuck in here’ and then we got stuck.”

According to Yao, other students heard her friends and her in the elevator and called for help.

“Luckily, another one of my classmates also needs the elevator to get up the stairs,” Yao said. “He and his friends were outside and they were able to hear us and go get help.”

Assistant Principal Jerry Berkson was one of the first people alerted about the situation.

“I was happy to hear that there wasn’t a student in there that was claustrophobic,” Berkson said. “I was also happy that we could take care of it right and the girls inside were good sports about it. They sounded calm the whole time, that was the key.”

According to Berkson, the elevator door opened after it was turned off.

“We first turned off the power and opened the outer door,” Berkson said. “After we hit the big switch, we were able to open the front door.”

Yao says she believes the administration handled the situation well.

“Administration had someone talking to us through us the door and telling us to be patient and that  getting more people to come help,” Yao said. “They weren’t sure how long it would be so we ate snacks and did homework. We were in there for around 20 – 25 minutes.”

Administration is looking to repair the elevator, according to Berkson.

“The repair guy is coming to see why the elevator stopped working,” Berkson said. “First we have to find out why it happened then move on from there. The elevator will be off until the repair guys comes to check it out.”

This wasn’t the first incident of the elevator malfunctioning, according to Yao.

“A couple weeks ago it [the elevator] broke,” Yao said. “But I was outside so somebody carried my scooter and I hopped up. That’s what I ended up doing today after I got out of the elevator.”

According to Berkson, if students find themselves trapped in a broken elevator they should remain calm and seek help.

“If something like that does ever happen again, admin will know what to do,” Berkson said. “There is also a phone in the elevator that you can use to call someone from.”