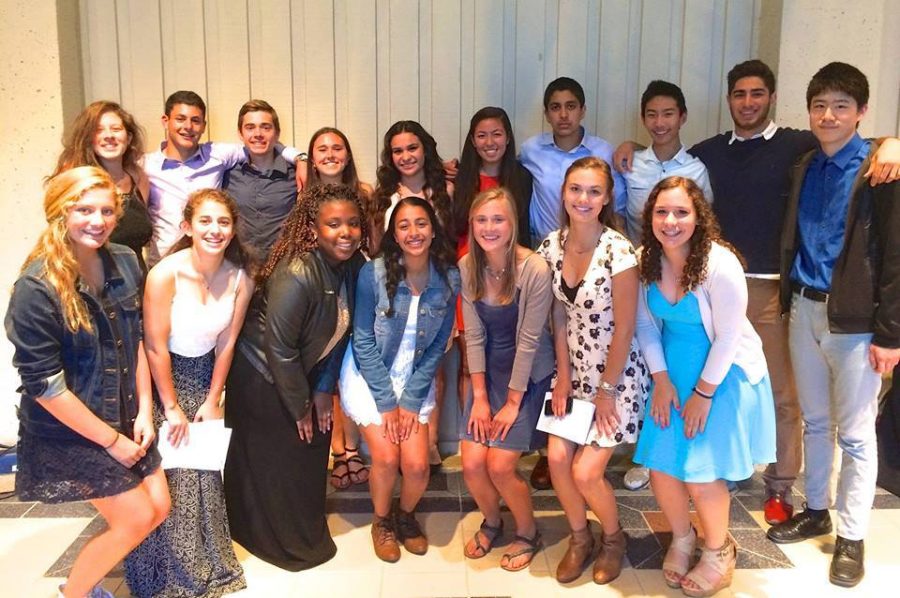 Paly's ASB poses for a group photo during a meeting. Many of these members will be returning to serve another term during the 2016-2016 school year. Photo by Mathew Hall.

The Palo Alto High School Associated Student Body has announced the winners of the 2016-17 election for ASB and class officer positions, with the exception of the two vacant spots.

ASB will be led by its newly elected president, junior Anmol Nagar, and vice president, junior Maya Lathi. These two will be accompanied by ASB secretary junior Kevin Chen. The treasurer position remains unfilled, along with the junior vice president position. These positions will be filled in a special election this Thursday and Friday.

Nagar said she believes the ASB president is a very influential position within the student government, and that it is key for the president to make sure everyone has their voice heard.

“The ASB president is someone who empowers everyone in ASB to be their best,” Nagar said. “I think it’s very important that the ASB president makes the ASB class somewhere people can brainstorm, plan, and execute their ideas, as well as receive input from the student body.”

Nagar’s counterpart, Lathi, is excited for the opportunity to bridge the gap between different grades, and strengthen the bonds between ASB and club officers. Lathi is also looking to reach out to the incoming freshman and help ensure a smooth transition into high school.

“Being vice president means that I will be responsible chiefly for the connection between ASB and club officers, though I would also like to promote stronger bonds between students of different grades,” Lathi said. “I also hope to reach incoming freshmen, and garner their interest in participating in clubs prior to the first Club Day.”

Chen believes that he will be playing a smaller role in ASB, but hopes to contribute as much as possible to group discussions.

“I don’t really have an agenda or plans, but I hope to listen to to the ideas and give my two cents into the discussion,” Chen said. “Since this is my first year having an ASB position I do not have any big goals.”

The full list of newly elected ASB and class officers can be viewed below.