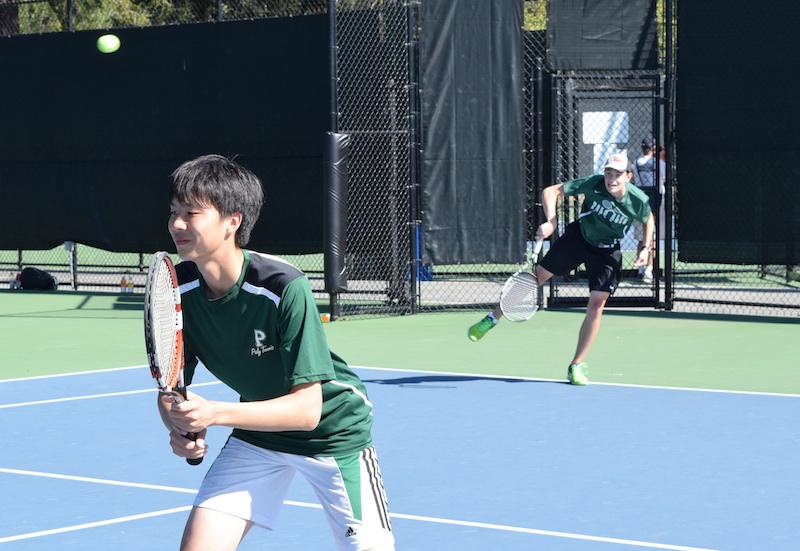 The Vikings were unable to take advantage of three-set wins by senior Shiv Matta and junior Adrian Smith, losing by the same score as they did earlier in the season.

Head coach Andy Harader said that the team was missing a few key players, including senior Carl Goodfriend, which contributed to the loss.

“It was a little disappointing in that respect because I thought that we had a real chance to pull it off,” Harader said. “We had a couple guys who were not around because of Spring Break, but I still thought that we might be able to win it.”

Harader said that absences have been a theme throughout the season and something that the team has struggled to deal with.

“We have had a lot of guys out with injuries and sickness and it has been hard to gain any consistency,” Harader said.

Despite the loss, senior captain Shiv Matta felt that the team showed some fight against a good team.

“It was a tough match and the guys battled hard so that was good to see,” Matta said. “Despite the loss, the encouraging thing was that everyone competed hard.”

The team has already clinched a spot in next year’s De Anza league, an achievement that both the coach and players are excited about.

“We have stayed up in the league because we got three wins in our league already, which we feel very good about,” Harader said. “So we have already achieved that goal for the season.”

“We’re really happy about that because that means we get to play good tennis all through next year,” Galper said. “Dropping down would mean that we would win a lot more, but the tennis would not be as good.”

Despite not making the Central Coast Section playoffs this year, junior Henry Badger expects the team to continue to improve in order to compete next year.

“In the upcoming weeks, we are going to work on keeping up the work so we can pull out more wins in the future,” Badger said. “We will not be making CCS unfortunately, but I hope that whoever is chosen for SCVALS [Santa Clara Valley Athletic League] will perform well for Paly and show other schools that we will be much better next year.”

The Vikings’ next match is against Saratoga High School at 3:30 p.m. on April 12 at Saratoga.