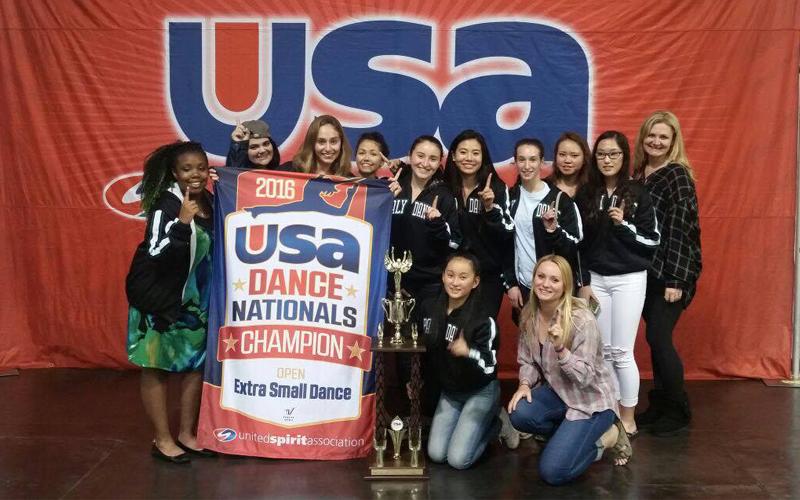 According to junior Nathalia Castillo, it has been five years since the Paly dance team last went to the national competition and the first time competing in five categories.

“It wasn’t our first time competing at nationals, but the last time we went was almost 5 years ago,” Castillo said. “We competed in five different categories: jazz, hip hop, lyrical with small dance, team lyrical and character dance.”

According to senior Catherine Yu, the team was very proud of placing in its first year back.

“This was the first year in a while that the dance team competed so going to nationals and placing first in the Lyrical Small Dance category was a huge success,” Yu said. “I feel incredibly proud of our team, especially because we definitely went into the competition feeling like the underdog and not expecting to win anything.”

Nevertheless, the team faced complications in other categories due to changes in the rules.

“Unfortunately, we didn’t do as well in other categories because of some complications with rules,” Yu said. “However, competing in five different categories qualified us to win the judges’ award of excellence, which is only given to three teams out of the entire competition.”

The merits at the tournament did not come without preparation, according to Yu. Dance members dedicated large portions of their time to get ready for the competition.

“We practiced four times a week after school, just running through the dances and cleaning them,” Yu said. “We actually learned all of our dances the week of regionals and were still making changes to choreography the week of nationals. It was a creative process the entire time.”

Although the team will not participate in another competition until the next school year, senior Emma Sternfield hopes the team will continue to improve year after year.

“As a senior, I’m passing the baton down but I hope the team will become better and better,” Sternfield said. “I’m extremely proud of the team and what we have achieved and could not have asked for a better ending.”

As for next season, Sternfield anticipates another appearance at nationals.

“I’m not sure about the plans for next year but hopefully the team competes at nationals again,” Sternfield said. “I think the team has what it takes to do well and I’m excited to see where they go.”