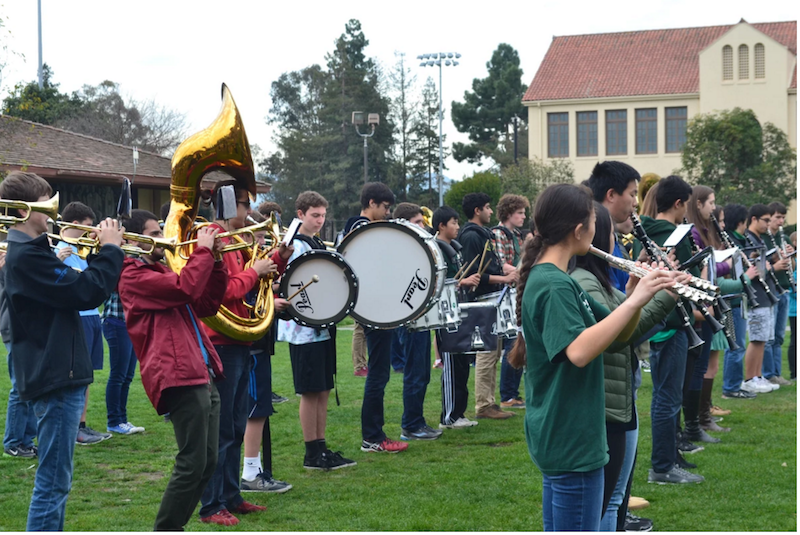 Paly Band preforms on the quad for Arts in Unusual places. Photo by Emilia Diaz-Magaloni

Palo Alto High School’s band and orchestra won first place in their respective categories in a competition during a trip to New York City last week.

Band and orchestra received the highest scores in both the string and symphonic band categories after playing in front of three judges, according to junior orchestra member Candace Wang.

The orchestra also received the Adjudicator’s Award for the highest singular score from the judges.

According to Wang, this year the band and orchestra spent three to four weeks practicing the pieces before presenting them in front of the judges panel.

“We [orchestra] had previously practiced these pieces, this was just focused finetuning,” Wang said.

Wang thought thought the trip was very valuable, despite the hard work required to prepare.

“I loved the trip,” Wang said. “I gained a lot of friendships, incredible experiences and memories.”

Paly band and orchestra will be participating in the California Music Education Association competition in the upcoming months and will be hosting a concert in April in the Haymarket Theater in April.