Student improv troupe to perform in match against Presentation 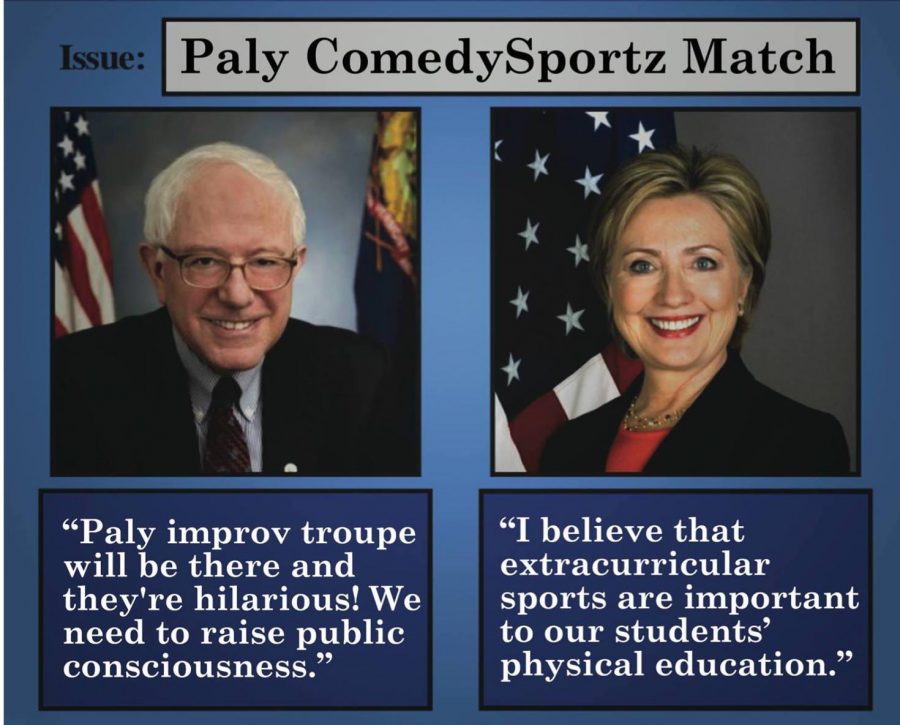 The Palo Alto High School theater department’s Improv Troupe will be participating in a ComedySportz match against Presentation High School at 7 p.m. Friday, March 11 in the Haymarket Theater.

According to co-leader Zoe Limbrick, a ComedySportz match is a collection of improv games in a competitive setting. Two four-person teams face off against each other in various rounds structured around different games such as “freeze tag” and “catch phrase.”

Points are based on which scene or game audience members cheer for the most, so audience participation is critical, according to Limbrick.

“It’s improv, but the entire event is quite structured,” Limbrick said. “We’re a part of an official league and we hire a referee for the match.”

The Improv Troupe participated in a ComedySportz event at Paly last year and it was a big success.

“We [Improv Troupe] held a match last year, but it was against ourselves, so this one feels even more official,” Limbrick said.

According to Limbrick, she is looking forward to seeing some of the newer members of the troupe compete in a more intense performance setting.

“It’s been incredible to see everyone grow over this year, both individually and as a troupe,” Limbrick said. “I can’t wait to see them perform for an audience and against another school.”

“We will be performing at the Teen Arts Council Open Mic, at One Acts in May and we are looking to host one more ComedySportz match before the year is over,” Limbrick said.

Tickets will be sold for $5 at the door.