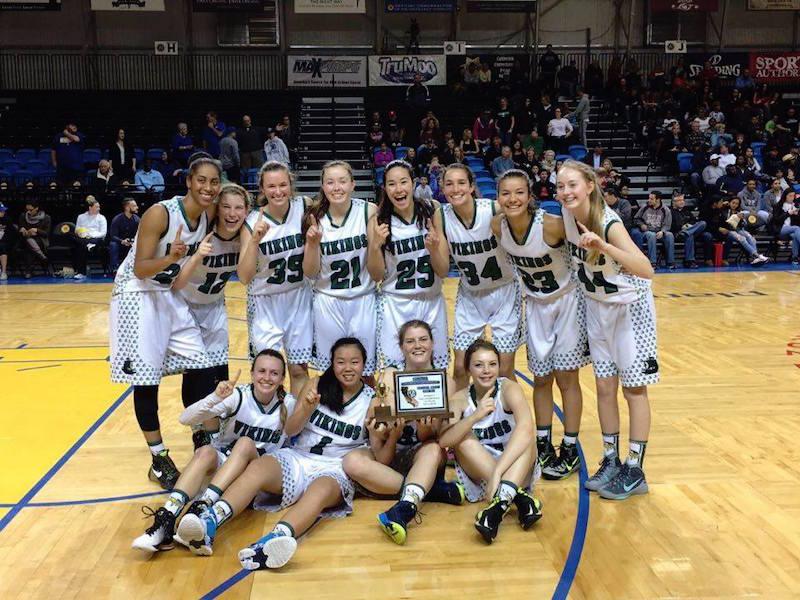 The Palo Alto High School girls’ basketball team (19-7, 9-3) will play Dublin High School (18-10, 8-4) at 7 p.m. on Wednesday at Gunn High School in round one of the Northern California Regional playoffs, after taking home the Central Coast Section championship trophy on Saturday.

The Vikings edged out North Salinas High School 59-44 in the CCS finals over the weekend at the Kaiser Permanente Arena in Santa Cruz. Senior center Alexis Harris had a phenomenal game in the victory, posting a double-double with 14 points, 17 rebounds and 6 blocks. Sophomore guard Carly Leong also added 18 points during the win.

“We all played like champions on Saturday,” Harris said.

The intensity of the environment was also an advantage, according to Leong.

“I played well due to the energy of the crowd; because there were a lot of people there, I was really hyped up,” Leong said.

The girls hope to carry the momentum from their successful post-season run to their game against Dublin, according to junior guard Lauren Koyama.

“Before this game last year, we lost every game during the open division playoffs, so we did not have momentum going into the first game of NorCals,” Koyama said. “However, this year we are on a winning streak and coming off a major win. We hope this good energy and confidence carry over.”

Paly looks to remain composed for the upcoming matchup, according to Harris.

“Things to improve on are staying calm on both defense and offense,” Harris said.

According to Koyama, Dublin is a strong opponent and should be an even physical matchup.

“Even though Dublin is an athletic team, as long as we execute our game plan, we believe we can get the win,” Koyama said.

If the Vikings beat Dublin on Wednesday night, then they will advance on to play the winner of the matchup between Oak Ridge and McClymonds high schools at 6 p.m. on Saturday at an undetermined location.