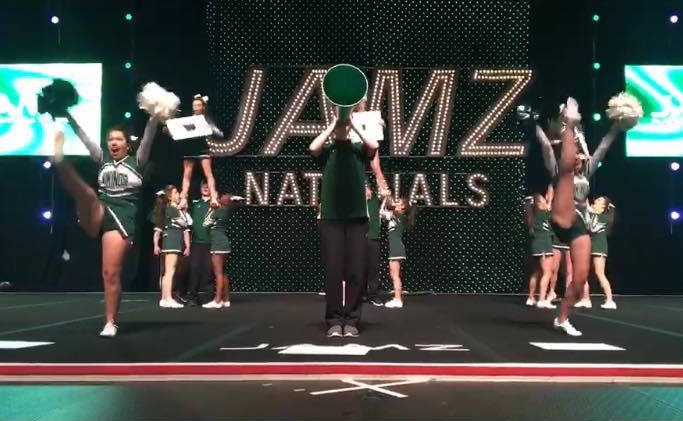 The team participated in both the sideline and show cheer categories this year, and competed against a total of 16 teams. The team only received one deduction for the two routines despite being placed in a higher level of competition, according to cheer captain Luma Hamade.

According to Hamade, this was also the first year Paly’s cheer team competed against Gunn’s cheerleading team at Nationals, and Paly received the higher score of the two schools. While some cheer teams receive a bid to Nationals by placing at Regionals, Paly’s team qualified to go to Nationals by sending in a video of their routine and receiving a high score for it.

Earning third place at Nationals was a great way to end this year’s exciting season, according to Hamade.

“We came out of the season with a victory against our crosstown rival, a great skill level, and all around a good experience for the seniors to look back on,” Hamade said.  “The team will be going nowhere but up from here so I highly encourage everyone to try out in April.”