Debate teams to face off at state qualifier tournament 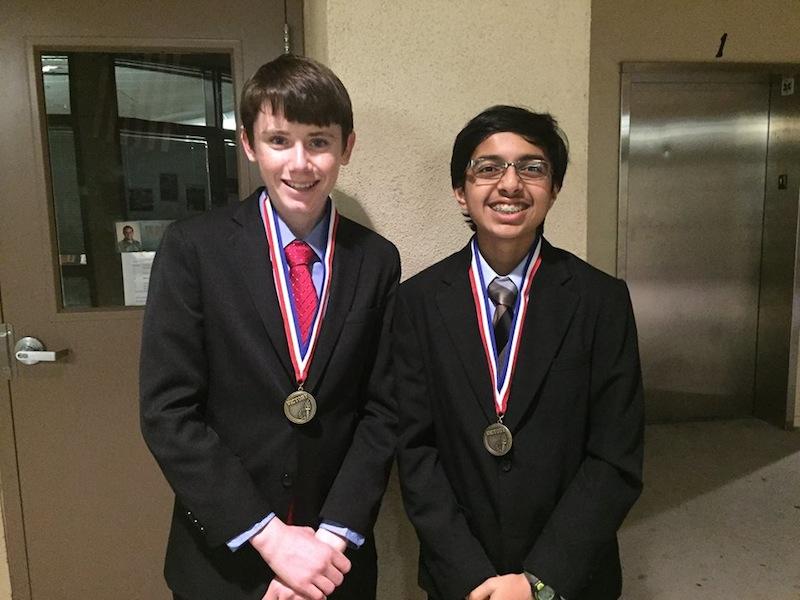 Palo Alto High School’s debate teams are preparing for this weekend’s state qualifier tournaments, which will determine whether participants move up to compete at the state championship level.

According to head coach Jennie Savage, Paly’s two debate teams, Congressional and Lincoln-Douglas, are gearing up for this annual competition after months of intense practice.

Paly’s Congressional Debate team will take part in Sunday’s state qualifiers. Unlike in Lincoln-Douglas debates where students face off one-on-one, 18 to 25 Congressional debaters discuss bills and amendments together in a process modeled after the United States Congress.

“This is the first year in the 12 years that I’ve been with Palo Alto High School where we’ve been serious contenders for a spot in Student Congress in the state championship,” Savage said. “I’m really looking forward to seeing if one or more of our Student Congressional debaters qualify. It’s certainly not out of the realm of possibility.”

In addition, the Lincoln-Douglas Debate team, along with over 40 different schools in the area, will participate in the tournament this Friday and Saturday. This year’s topic will revolve around democracy in the Middle East, according to the National Speech and Debate Association. Out of hundreds of participants, only nine will successfully move up to further compete in April.

To participate in this weekend’s tournament, schools may select up to eight students. Alternately, debaters who win four rounds in the local league receive a wildcard and can also participate, a rule which allows Paly to send a total of 17 students this year.

“There’s been a record number of [nine] wildcards to the qualifiers this year, and we’re sending an additional eight people to the tournament,” said Speech and Debate Co-President Jenny Xin. “We’ve got 17 people who’ve been tirelessly prepping and practicing for this tournament and who I definitely think are well prepared.”

Some debaters have practiced by attending summer debate camps or teaching at a middle school summer debate camp at Paly. Since the end of August, three professional Lincoln-Douglas coaches and volunteer parents have assisted students for four hours every week.

“I have high hopes for the state qualifier tournament this weekend,” Co-President Helen Yan said. “Not only are we sending a large group of people, but we have also fine-tuned our cases and strategies in practice rounds against each other as well as researching together.”

According to Savage, succeeding in state-level debates has historically been a strong indicator of success at the national level.

“California is a big speech and debate state,” Savage said. “Speech and debate is an activity done by a whole lot of schools here unlike in other states. And so, very often, students who do well at the state championship win the national championship.”

Debaters who do not move up this weekend will continue to have other opportunities throughout the year. According to Savage, Paly’s teams often participate in two to three debate tournaments per month, including overnight and multi-day trips. Currently, the team is also preparing for the Evergreen Novice Invitational in March and the Santa Clara University tournament in April.

“We take nothing for granted,” Savage said. “Our team is a real powerhouse. It is really shocking and impressive. They [debaters] are super dedicated, very smart, they have phenomenal coaches and are really motivated.”