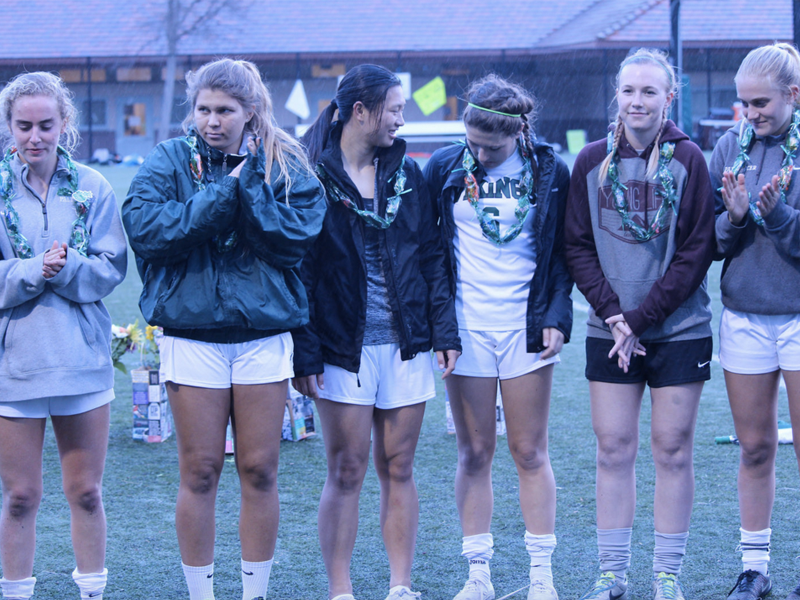 The Vikings held possession fiercely throughout the match, ultimately scoring once in the first half and three times in the second. The first goal was an own goal, when a throw-in by junior Talia Malchin bounced off a Santa Clara defender’s head and into the goal. Sophomore Emily Tomz scored the second with an assist from senior captain Heidi Moeser. Senior Alison Lu scored twice, with the second goal occurring within 20 seconds of the first. Santa Clara held strong the first half, blocking seven goal attempts by Paly, but continuously lost possession after halftime.

The Vikings now set their sights on improving in preparation for CCS.

“Although we won, and morale is high, there are definitely things we need to improve on before CCS,” Moeser said. “I think we could work on capitalizing on set plays and corner kicks. We can always continue to work on our communication and playing the simple passes.”

With a near perfect record, except for a loss to Mountain View High School (10-0-2), the Vikings constantly strive to progress.

According to Tomz the Vikings bounced back from the Mountain View loss quickly, and focus on preparing for CCS.

“Although we didn’t have a perfect season, we played extremely well, ” Tomz said. “We let in few goals, scored a heck of a lot of them, and overall we should be proud of a really great season. Of course, our loss to Mountain View [High School] was a downer, but we bounced back and finished strong. Now we push on and set our sights for a CCS victory.”

Senior Night was dedicated to celebrating the six starting seniors on the team.  Assistant Coach Eric Seedman says each senior has her own strength.

“Linnea was huge for us this year as goalie,” Seedman said. “Ansley is the hardest worker and foundation of our midfield, Alison is an amazing aggressive defender, Jacey is an incredible player and great team leader, Nika is a fantastic winger, is fast and scores often, and Heidi holds strong as a center forward and is a great motivational caption. These six seniors are an incredible part of the team, and next year we will miss them on and off the field.”

Seedman says the Vikings are ready to take on the challenge of CCS.

“The season isn’t over yet. We still have Open Division of CCS, and we are motivated, pumped up and ready to go,” Seedman Said.

The Vikings will have their first CCS playoff game at Archbishop Mitty High School (13-2-5)1 p.m. on Saturday, Feb. 27 at San Jose.