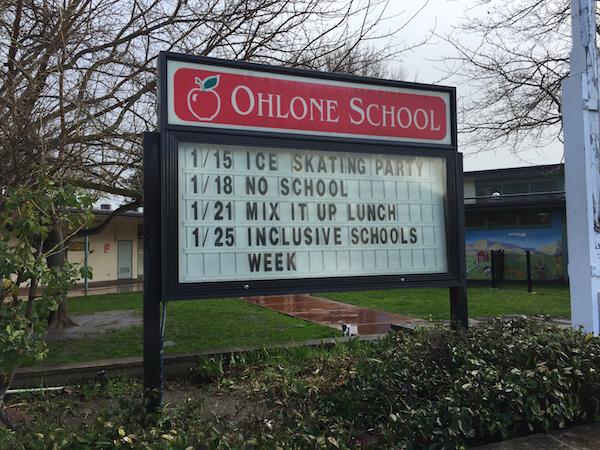 Ohlone Elementary School teacher Michael Christopher Airo, currently on unpaid compulsory leave, is scheduled to be arraigned at 9 a.m. Tuesday at the Superior Court of the Palo Alto Judicial District, according to court documents.

The District Attorney Office is charging him with one count of continual sexual abuse of a child and three counts of lewd and lascivious acts on a child, according to a Jan. 15 press release from the Palo Alto Police Department. In response to the formal reading of his charging documents, Airo is expected to enter a plea.

Supt. Max McGee says the district is expecting to hire an outside firm to conduct an investigation into the case, alleged to have occurred at his former girlfriend’s residence 10 years before he became a teacher.

“We are anticipating that an outside firm will be hired to complete a comprehensive review of the information that has been alleged and a full report and outcomes will be produced,” McGee said in a follow-up letter to Palo Alto Unified School District parents on Jan. 15.

According to McGee, the district placed Airo on leave and followed a general crisis management plan after hearing about Airo’s arrest. Ohlone Principal Nicki Smith and McGee sent resources to parents regarding talking to children about delicate situations. McGee said he is open to looking into policies that adapt the district’s current hiring practices to avoid similar situations.

“We treated the situation similarly as the death [of a student] last year,” McGee said. “We called a meeting and we brought in outside help for parents, kids and teachers, and we had a plan on how to work with the media.”

In a letter sent on Jan. 14 to PAUSD families, McGee stated he was “sickened and disgusted” after reading the police report detailing the case. McGee said his word choice might have differed if he had been given more time to consider his message, especially considering that Airo’s status as a criminal is not yet confirmed.

“In retrospect I would have sent out a more measured letter,” McGee said. “I was really angry because I couldn’t imagine behavior like that. … It was really disturbing.”

A police report by PAPD officer Joel Hornung includes a statement made by Airo’s principal on Jan. 8, 2014.

“She [Airo’s principal] described him as a teacher that gives his students a lot of attention and care,” the report says. “She said she would never imagine Suspect Airo touching or harming the children in any way and does not know of any suspicious circumstances involving him.”

According to the police report and PAPD’s press release, Airo self-surrendered on Jan. 13 after an arrest warrant was issued against him, following a one-year investigation by Hornung. Hornung stated that the investigation began after the victim revealed to her college psychologist that she had been sexually abused over a three-year period 10 years ago by Airo, her mother’s former live-in boyfriend and aide at victim’s school.