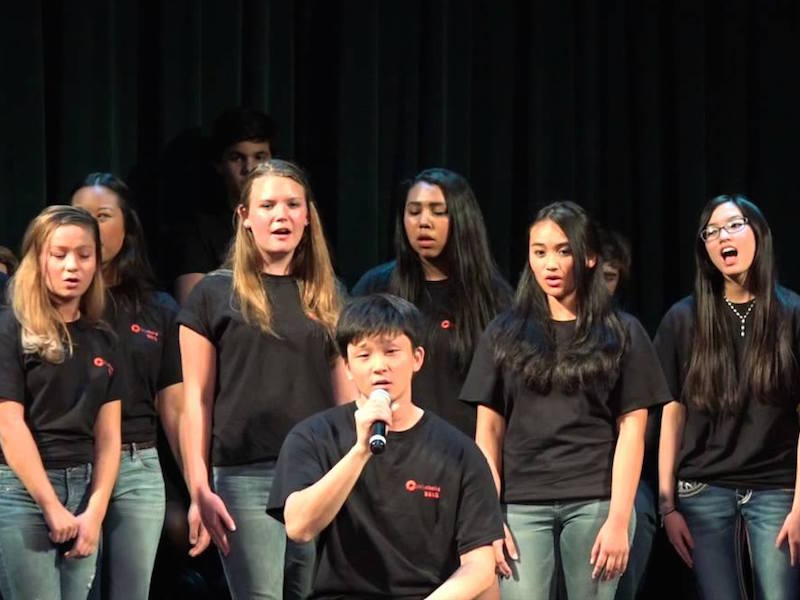 The Palo Alto High School choirs are preparing for the annual Pops Concert at 7 p.m. Tuesday and Wednesday in the Haymarket Theatre.

As a tradition that has lasted for over a decade, this year’s concert will focus on music from Bay Area musicians, including Green Day, Janis Joplin and Journey, according to junior Nadia Leinhos.

“The Pops Concert is annual concert for pop music,” Leinhos said. “No Latin, no renowned composers from the Baroque era – just music from the past century that we as teens are more likely to know.”

The concert will feature soloists and several songs from each choir ensemble including  the  a capella groups, Spectrum and Madrigals.

According to Leinhos, the choirs began preparing for the concert at the start of the semester. Choir students researched Bay Area artists of their choice and chose songs on them, rehearsing every class period for the past couple of weeks.

“It’s really different from your typical choir concert,” junior Jenny Zhuge said. “We are in casual dress and the singers are on stage when we are waiting for our turn to perform.”

Leinhos says she hopes for a large attendance at the event.

“It [the concert] could sometimes be considered more energetic,” Leinhos said. “It’s definitely going to be a lot of fun.”

Tickets are $5 for students and $10 for adults and can be bought at the door.