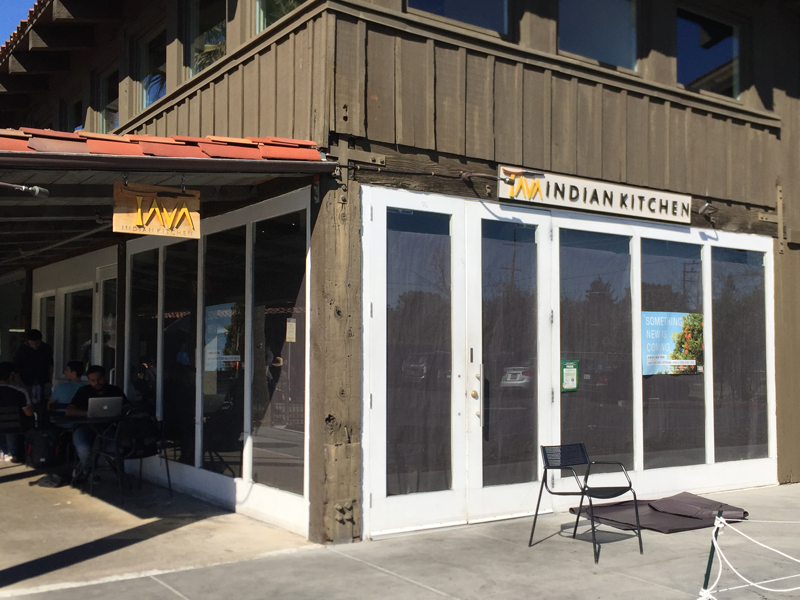 Tava Indian Kitchen, a Town and Country restaurant, will update its menu to incorporate a new special for Palo Alto High School students this week.

Tava traditionally allows customers to pick individual ingredients to create their meal. The new menu will also feature complete dishes, called signature entrées, that can be added as sides to a main meal, such as the the student favorite “Burroti Bowl.” Examples of these signature entrées include the Chicken Tikka ($8.50) and the Asian Tofu ($8).

“Right now at Tava, customers are able to pick a protein, topping, chutney and a sauce and if we were to add in more individual options it would very quickly become overwhelming,” Founder Hasnain Zaidi said. “What we are trying to do is instead is to create blends as well as separate dishes for people to choose from, allowing for more variety but not to overwhelm the customer.”

Zaidi said that the variety in the menu will be appreciated by frequent customers.

“When we started Tava, we deliberately kept it [the menu] small and simple to not overwhelm our customers and to be able to do everything really well,” Zaidi said. “But what we found was that for the folks who visit often, like students at Paly, having more options would allow them to create different combinations and choices.”

The founders hope to learn more about how to shape new aspects of the Paly student special by launching a student survey to gather ideas. Ideas include offering a free garlic naan instead of the free fountain drink that currently comes with the Paly special.

“One of the things we want to do with the special is to actually have a conversation with students and to figure out what it is that they want in a special,” Zaidi said. “Whether it’s adding let’s say a garlic naan instead of a soda or removing both and having the price be cheaper, we want to make sure the special we offer is the special that students want rather than what we think they want.”

To make the overhauling changes, the restaurant will be closed this week to spend time training the staff to produce the updated menu.

“We are going to close for a week, mostly to train our crew and touch some stuff up,” Zaidi said. “It takes time to learn how to prepare the new recipes and it’s essential our staff does it right.”

According to CEO Jeremy Morgan, the restaurant will re-open on Thursday, Feb. 18 and will offer free food for all Paly students.

According to Zaidi, students who answer the aforementioned survey may be randomly selected to try the new menu in a special VIP testing opportunity.

“It’s pretty scary to take something that is working and change it,” Zaidi said. “But at the same time we are just so excited about this new approach because it takes all of the best things we have today and adds new elements to it.”