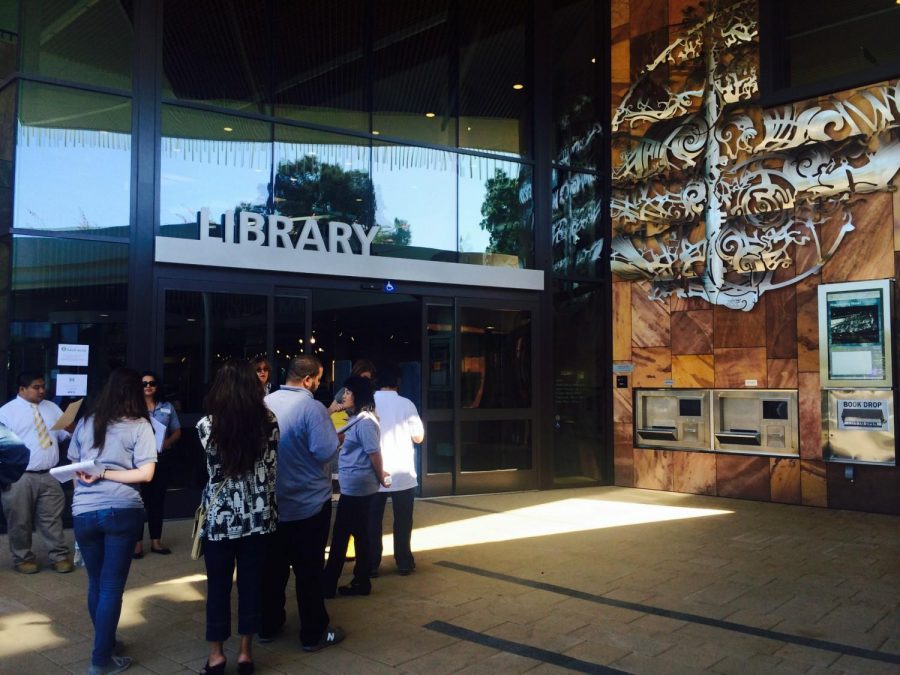 The Palo Alto and Gunn high school student governments released more information about the combined Gunn-Paly dance on Feb. 26 at the Mitchell Park Community Center in a promotional video.

The dance’s official theme is “Highlight of the Night,” and students should dress casually in all-white with elements of neon, said organizers, who will also provide body paint to color clothing.

“Both the Paly and Gunn student bodies decided to create and combine a dance … for the purpose of creating a stronger bond between both high schools in the Palo Alto community,” Valdez-Gonzalez said.

Beyond the joint school aspect, this dance will also be unique to students as it will have a greater number of activities, such as air hockey, football and pool, and food, including catered desserts.

In addition, the dance’s location provides a different dynamic compared to past dances, according to junior Oracle-SEC Liaison Shannon Yang. In the past, students from both schools have complained about the DJs and music choices at dances. According to Ranganathan, the organizers have hired a completely new DJ to help solve the problem.

In addition, some Paly students say the dance may be awkward at first due to prominent differences between traditional Gunn and Paly dances. However, any tensions between students will dissolve within a few minutes, according to Paly sophomore Marissa Ludwig.

“If it [the dance] is awkward, it will only be at first, because once everyone starts dancing no one will care,” Ludwig said. “Overall, I don’t think it will be awkward, many people have friends between the schools.”

Tickets are $10 without an ASB card or $5 with one and can be purchased online. Supplies are limited and door sales may be eliminated if pre-sale meet event site capacity.