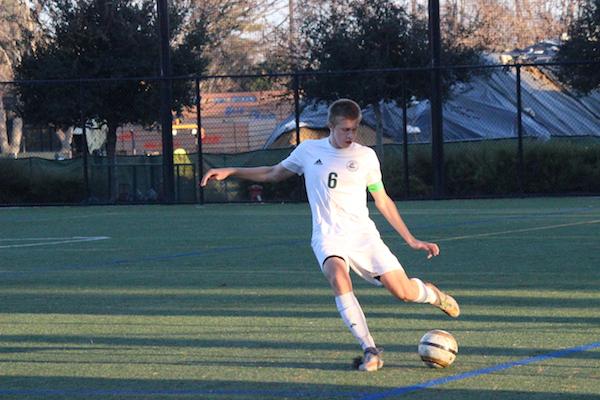 Paly currently has 42 goals for and nine goals scored against them in its season. Leading the second place team, Homestead, in league by seven points has given the team a high guarantee of winning the league, a clear goal for the team. According to head coach Don Briggs, Paly has not won two consecutive league contests, so a league win to follow last year’s success would be monumental for the team.

“In at least the last seven years, we haven’t won two consecutive league contests,” Briggs said. “It’s hard to win league here. It’s hard to even just stay up in the De Anza League sometimes, as it’s very competitive. That would be huge.”

According to maxpreps.com, the Vikings are currently ranked 18th in the state and 61st in the nation.

The Vikings have had great potential since the beginning of the season, but learning to work cohesively as the season progressed has contributed to their success, according to senior captain and goalkeeper Eli Friedlander.

“On some level, I thought that we would be good, but I didn’t know that we would be this good,” Friedlander said. “At the beginning of the year, we started off a little shaky, but in league we’ve really proved that we can play together pretty well and that we deserve the success we’ve been having.”

According to Briggs, the team needs to work on staying focused during games and communicating on defense, as that has been a significant contributor to getting scored on in recent games.

“We need to tighten up our defense,” Briggs said. “We’ve had two [recent] games where we’ve made mistakes in the defense. That [two goals from Los Gatos High School and Homestead each] is four goals in the last two games, and we’ve given up six goals in the whole [league] season. That’s an issue. That’s not a trend we want, and a lot of that [comes from] a lack of focus.”

Winning league this year would favor the Vikings in seeding for the Central Coast Section playoffs, which would allow them to face less difficult competition early on, according to junior captain and center defender Neil Verwillow.

“It’s great as far as CCS seeding goes, as that would pretty much guarantee us a top three spot and would give us an easier run in CCS,” Verwillow said. “Last year, I know that they had a tough run in CCS as they played Bellarmine [College Preparatory] pretty early on and Bellarmine is tough competition, but I think this year will be better.”