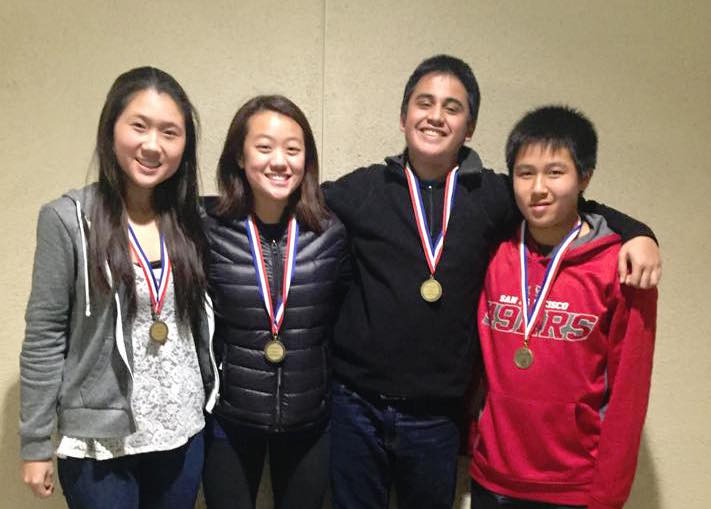 Two Paly students placed in the top 10 of all speakers: Nakai as third speaker and freshman Josh Singh as sixth speaker. Freshman Dominic Thibault ended the competition as a top 10 Congress debater as well. The award is given to the students who are the most persuasive and most informed on current affairs.

Paly’s Speech and Debate team also participated in the CFL Superdebate Tournament at Milpitas this last weekend.  The competition was a league tournament, so Paly only competed against local schools, according to Nakai.

Paly junior Candace Wang and sophomores Frances Zhuang and Tanay Krishna went 4-0 in the tournament and received a “wildcard,” a guaranteed spot at State Qualifications.

“Paly already gets around eight spots [at State Qualifications], but when people ‘wildcard,’ it means we get extra spots,” Nakai said.

Paly sophomore Adeline Zhou was a finalist at the CFL tournament this last weekend. She participated in the Original Oratory event, where each speaker gives a 10-minute speech they have been preparing for months, typically about a societal issue, according to Zhou. Zhou gave a presentation on the ego and how it affects people’s life decisions.

“I was honestly in total shock when they announced I was a finalist,” Zhou said.  “There were 21 semifinalists. After my semifinals round, I thought I was in the 15-17 range because the other competitors were so talented.”

Even though Zhou wasn’t prepared to receive the award, she feels good earning it.

“There’s always a self-satisfactory feeling when you’re presented with a medal on a platform and you can see your competitors in the crowd,” Zhou said.  “Half of you is like, ‘I shouldn’t be up here, you [the other competitors] should be,’ while the other half is like ‘I won? Is this happening right now?’”

The next Speech and Debate tournament for Paly is on Feb. 20.  Nakai says she thinks that the team is making a lot of accomplishments in the season so far.

“I think our team is doing really well this year,” Nakai said.  “We’re definitely expanding our Congress and speech teams, which is great, and we’re continuing to do well in LD.”