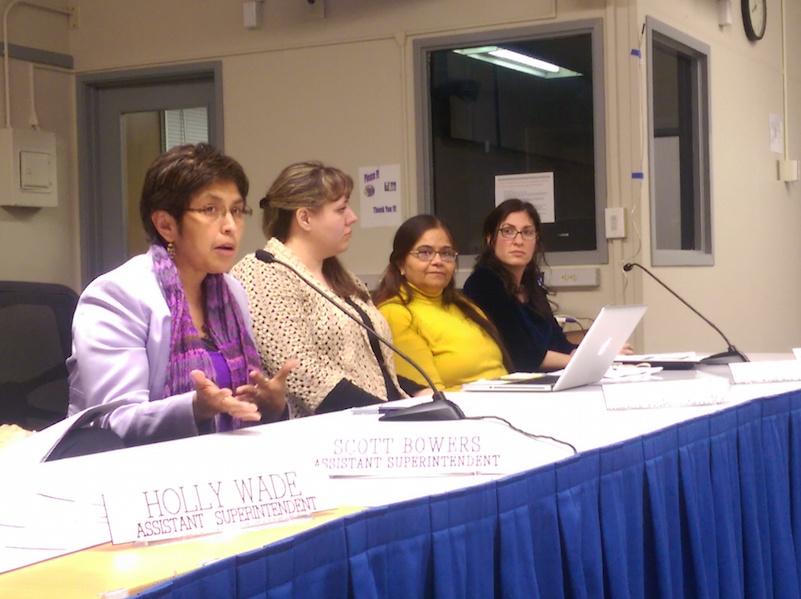 Palo Alto Unified School District teachers are lobbying the Board of Education for a salary raise due to the upcoming renegotiation of the Palo Alto Educators Association contract.

A salary increase is the top priority for many teachers due to their inability to find or maintain homes in and around Palo Alto amid the region’s rising living costs.

Many teachers fear the continued increases in housing prices will not allow them to continue to work for Palo Alto’s schools, according to Corey Potter, Hoover Elementary School kindergarten teacher.

“We are facing a very serious housing crisis, and many of us won’t be able to work here for much longer,” Potter said. “My husband and I were priced out of owning a home, and now we are being priced out of renting a one bedroom apartment.”

Some teachers believe that a pay raise is justified because similar local school districts like the Los Altos School District have higher salaries for similar positions.

“If I were working at Los Altos, I’d be making $19,000 a year more than what I do now, which is just shocking to me,”  said Jordan Wells, a Gunn High School English teacher of 10 years.

The higher costs of living that are not supported by salaries cause teachers to live as far away as Santa Cruz, like Walter Hays Elementary School third grade teacher Tara Hunt.

Living outside of the district and its neighboring cities makes it difficult to participate in school activities, according to Hunt.