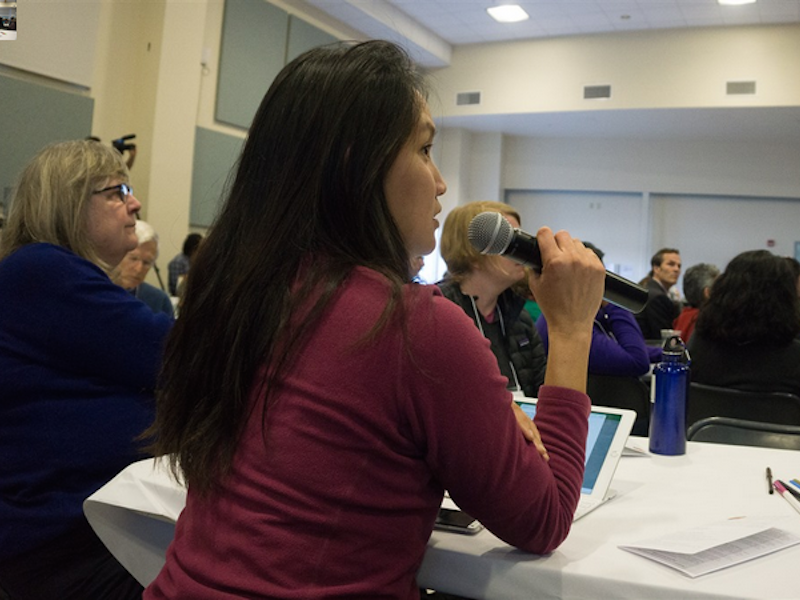 The City of Palo Alto will use community input garnered from a summit on Sunday to jumpstart a new climate plan.

According to Benjamin Privitt, who is responsible for city sustainability analytics and reporting, the Sustainability Climate Action Plan will improve the 2007 Climate Protection Plan to accommodate for the modern economic and environmental landscape. Privitt says the summit — which Mayor Patrick Burt called “possibly the largest and most important environmental gathering in our city’s history” — served as an opportunity for community members to collaborate and share ideas on the SCAP and the problems it will attempt to tackle.

Registration for the event filled to maximum capacity and the summit included about 300 community members, including City Council members, students and representatives from the student climate change group Project Enybody.

“What’s important about an event like this is that we’re bringing the community together to make some critical decisions about the future that we want to make for ourselves,” Privitt said.

The summit’s keynote speaker, Colonel Mark “Puck” Mykleby, appeared via a video and answered questions by video chat after a weather-related transportation glitch kept him from appearing in person. Mykleby is the founding director of the Strategic Innovation Lab at Case Western Reserve University. He also served as a special strategic assistant on to the Chairman of the Joint Chiefs of Staff on the role of climate change in US “grand strategy.”

Those who missed the Climate Summit but wish to learn more were able to attend a study session on Jan. 25 as part of a regular City Council meeting at Palo Alto City Hall.