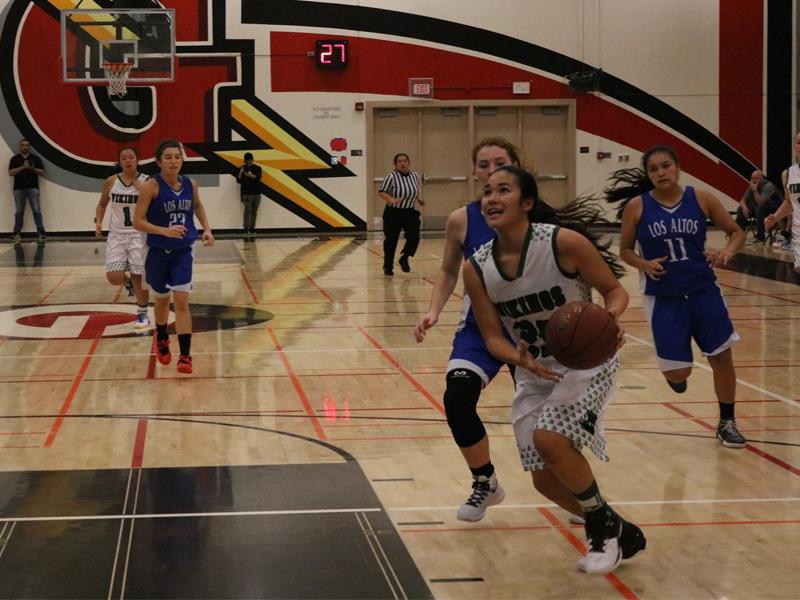 After coming off of a devastating three-point loss to Saratoga High School last Tuesday, the Vikings bounced back with a strong performance against Los Altos.

“It feels great because we haven’t been playing great lately, and we clicked this game,” sophomore guard Carly Leong said.

Vikings head coach Scott Peters emphasized how overall team hustle made a difference against the Eagles.

“It wasn’t as much about the win, but about how we played,” Peters said. “We played hard and there was a sense of joy as we played.”

The Vikings extended their lead in the second half, scoring 18 in the third quarter and 20 in the fourth.

Transitioning and rebounding were major keys to routing Los Altos, according to junior guard Lauren Koyama, who scored 10 points in the game.

“We usually don’t offensively transition or rebound that well, so improving on those factors were significant to the win,” Koyama said.

The Vikings began to edge away in the second quarter as shots started to go in, according to Leong.

“We hadn’t been playing great lately and we clicked this game,” Leong said. “My threes were going in and we were doing well.”

The team played well as a unit, according to senior center Alexis Harris, who returned to the lineup from a leg injury.

“I think it was a good win today,” Harris said.

The Vikings play next against Wilcox High School at 7 p.m. on Tuesday at Gunn.