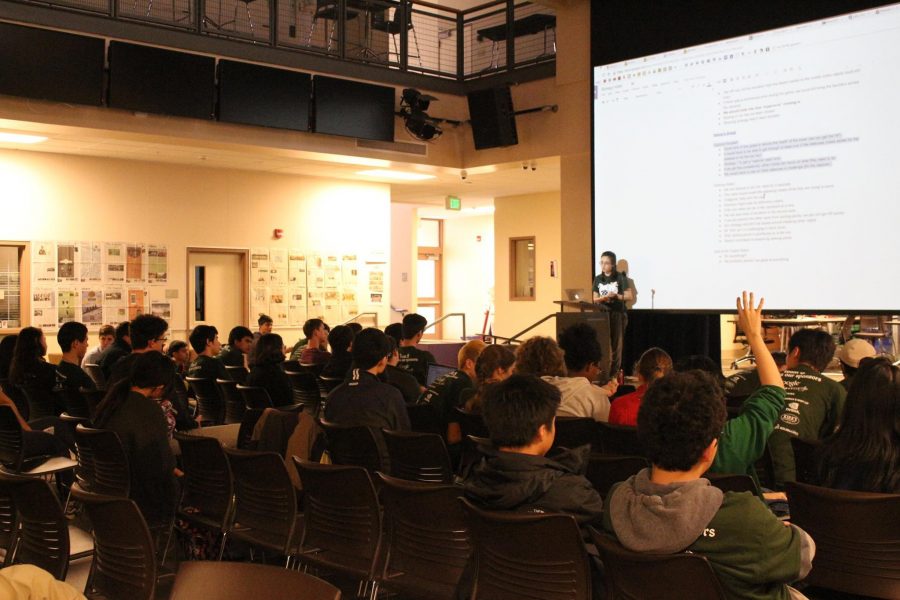 The Palo Alto High School robotics team is starting to prepare for its upcoming season after learning of this year’s challenge.

The team started the season off by focusing on strategic planning, according to team captain Claire Kokontis.

“One of the things we’re working on this year is focusing on strategy first instead of robot design,” Kokontis said. “Last year we got wrapped into a robot design without thinking what we wanted our robot to do. After you get into one design, you’re stuck with what your robot can do with that design, so by thinking about strategy first, we want to open ourselves up and be creative.”

According to junior Build Captain Kenneth Cheung, this year’s challenge has a medieval theme where the robot has to fire dodgeballs into towers. The robot also has to be able to navigate through several obstacles in order to reach said towers.

According to Cheung, the strategy talk involved a myriad of topics that the team has to address.

Kokontis says she hopes the increased emphasis on strategy can help the team improve on last year’s performance, where they placed 38th place out of 49 and 53rd place out of 57 at the Central Valley and Silicon Valley tournaments respectively.

“Last year we didn’t do super great,” Kokontis said. “But this year we know how to do a lot more than we did last year. I am hoping to get in the top 15 [in the First Stronghold tournament] somewhere or go to the elimination rounds.”

The season officially kicks off with the Central Valley Regional tournament on March 10.