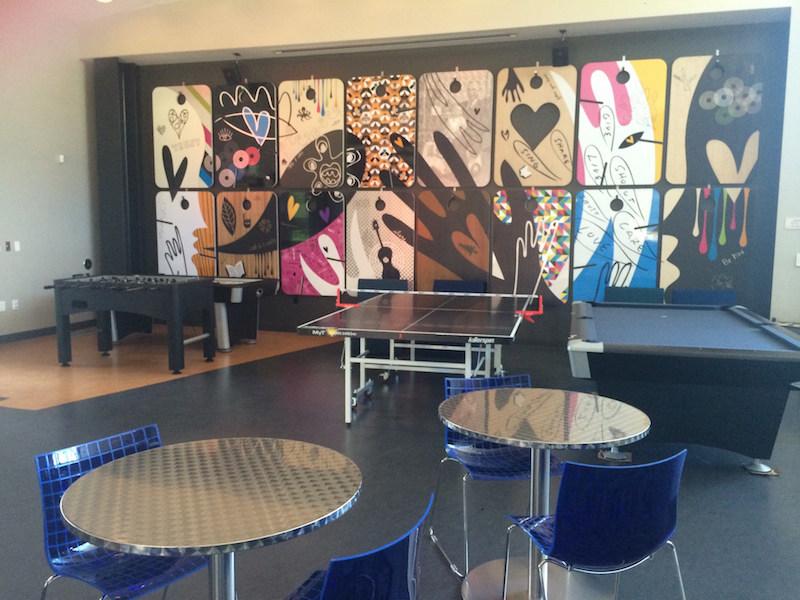 The Mitchell Park Community Center will host food, games and a DJ in honor of Fridays at the Drop’s grand opening next Friday.

“The Drop,” a teen center specially designed for high school students in Palo Alto, is a drop-in space for those looking to relax, hang out with friends or play sports and video games, according to the City of Palo Alto website. While The Drop has been open for several months, the center will formally open its doors next week.

The center is regularly open Mondays through Thursdays until 6 p.m., Fridays until 9 p.m. and weekends from noon to 5 p.m. at 3700 Middlefield Rd.

“Upon surveying teens in the Palo Alto community, there was an overwhelming amount of teens that felt they never had the opportunity to stop, relax and just be,” said Amal Aziz, The City of Palo Alto’s recreation coordinator. “The Drop works to provide a space to do just that. It’s the perfect place to take a break from the demands of the day.”

According to Aziz, a multitude of activities are available at The Drop.

“Teens can play ping pong, catch their favorite team play, test their hand at Super Smash Bros. or Just Dance, work on their three-pointer or hang out with friends,” Aziz said.

The grand opening will feature a DJ from radio station WiLD 94.9, as well as food, goodie bags, games, prizes and a photo booth.

High school students can register for a membership pass for The Drop at no cost.

“I think that it would be a good place to meet people from other schools,” freshman Bridget Li said. “I hope they [high schoolers] use it because it seems like the city has put a lot of thought into it. It would be cool to see other events like this in Palo Alto.”