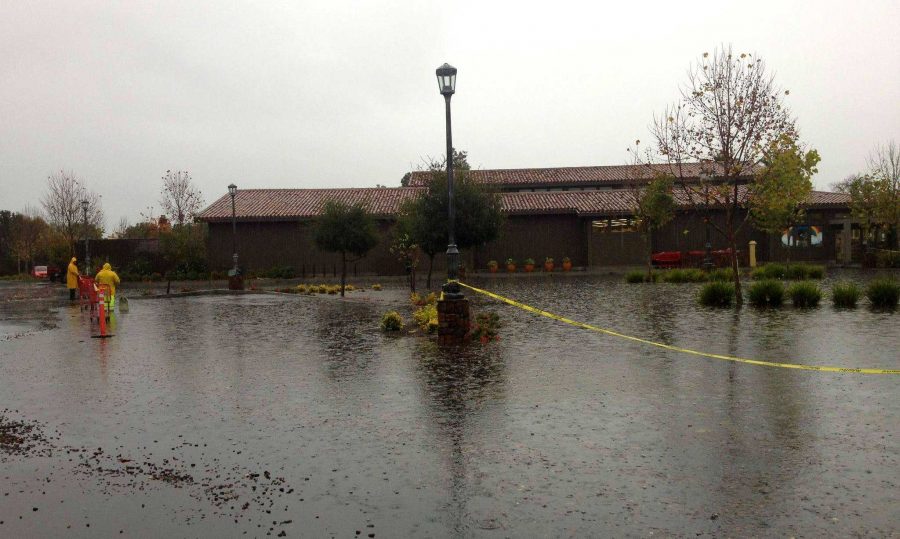 In light of the increase of rain from El Niño, a Palo Alto High School parent is aiming to provide shelter for Paly families at risk of flooding.

According to Paly parent and founder, Liz Lee, the unofficially named “Paly Matching Program” works to connect families who are willing to provide shelter with those who need it.

Lee started the program because her own house was at risk.

“I just started this [program] because my family lives in a flood zone and may need emergency shelter,” Lee said. “I figured that other Paly families may also [be in a flood zone], so that’s how I got the idea.”

The matching program will be especially useful as hotels, which could be used as flood shelters, become harder to book, according to Lee.

“If it [flooding] happens during Super Bowl weekend on Feb. 7, lodging is expected to booked up as far off as Modesto,” Lee said.

Lee believes there are many ways for families to prepare for flooding.

“My husband and I attended some emergency preparedness meetings put on by the San Francisquito Joint Powers Authority (JPA),” Lee said. “They recommend that all families in high flood risk areas have a plan for where to stay with a relative or friend in case they are evacuated. It’s important because if flooding coincides with a Baylands supertide, flooding could be worse.”

Additionally, families can gather supplies, according to Lee.

“It’s better to have a plan and not need it,” Lee said. “People can prepare if they live in a flood zone by stocking on emergency supplies like flashlights, candles, bottled water, canned food for people and pets, other supplies like a wrench in case they need to turn off their gas and knowing how to turn it off.”

Other preparations include purchasing plastic tarps and sandbags, putting things high up off the ground, and arranging for pet care, according to Lee.