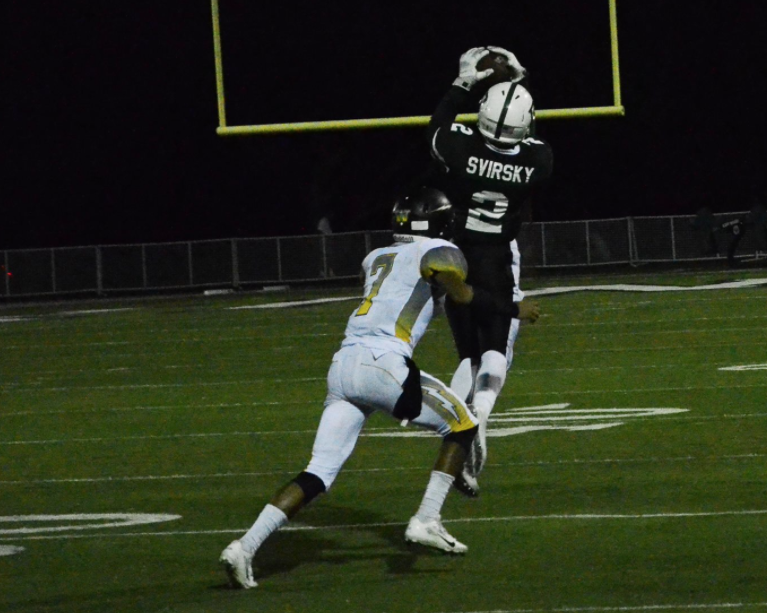 The Palo Alto High School football team (2-3, 1-0) will look to earn its second De Anza league win of the season this Friday when it travels to Milpitas High School to take on the Trojans (3-2, 1-0), a team led by a familiar face to the Vikings.

Last season, the Vikings were led by then-junior quarterback Oliver Svirsky for the first half of their season under head coach Jake Halas. Svirsky was pulled from the position later in the season and moved to wide receiver in favor of teammate Justin Hull, a senior who last week led the Vikings to a 42-35 double-overtime victory over the Saratoga Falcons (1-3, 0-1).

While Svirsky regained the position for the team’s final two games when Hull suffered a concussion late last season, he transferred this past summer to Milpitas and earned the starting quarterback role there.

Although Friday’s matchup will be the first time Svirsky faces his former teammates, he says he is treating the game like any other.

“I’m just taking it as another game just like my teammates and as another chance to go out to war with my brothers here like every week,” Svirsky said.

This season, Svirsky currently has five touchdown passes, five rushing touchdowns and two interceptions, according to Maxpreps.com. On the flip side, Hull has 14 touchdowns but seven interceptions.

The Trojans present an up-tempo offense for the Vikings’ defense, paced by a trifecta of running backs each with at least 30 carries on the season: seniors Cros Chavez and Dejaun Crummie and sophomore Tariq Bracy.

The Vikings opened up league play strongly last week as Hull accounted for five of the team’s six touchdowns.

According to Hull’s leading wide receiver Eli Givens, the team will be facing a big challenge in the Trojans’ defensive line.

“We are going to be facing a very good defensive-line that will try and scare us with their size and will have to overcome that,” Givens said.

Svirsky remains confident in his team’s ability to stick to it’s game plan, even against his old team.

Givens, who grew up as one of Svirsky’s close friends, noted that playing his friend will make the game interesting.

“I think it will be exciting to play [Svirsky],” Givens said. “I have never played against one of my closest friends like this in football and it will be interesting. I think it won’t affect the game that much though because we know what we have to do to win and I think we are ready.”

The game will kick off at 7 p.m. tomorrow at Milpitas High School.