The following piece is the first installation of “Blogger without borders,” a blog by junior Bianca Al-Shamari that details her gap semester in Austria from September 2015 to January 2016. Al-Shamari will discuss everything from the refugee crisis in Western Europe to the cultural experience she’s encountering in Vienna. She plans to immerse herself into a new culture and share an international perspective with Palo Alto High School through photos, interviews and travel updates. 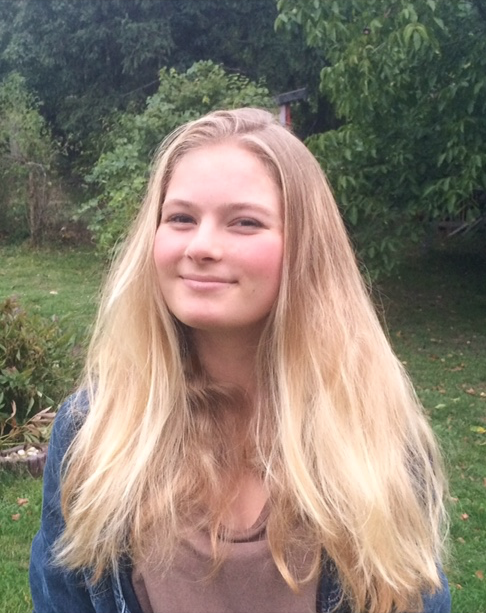 Junior Bianca Al-Shamari will detail an international perspective of her gap semester in Austria from September 2015 to January 2016. Al-Shamari has never traveled alone for a long period of time, and looks forward to the new cultural she will experience. In her free time, Al-Shamari loves to travel, socialize and explore.

I landed in Vienna, Austria on Sept. 4, simultaneously ecstatic and intimidated by what I would experience in this new country. Although I had visited my family and friends many times all throughout Eastern and Western Europe, I had never set foot in Austria.

I’ve always been curious about the world. With my family living in Russia, Italy and Denmark (some fleeing from Baghdad during the disasters of the Iraq war), I’ve been able to see quite a bit of the world. But studying abroad is a different story. Although I have traveled on my own, it has never been for such a long period of time.

I decided to take my semester abroad in Austria because I wanted to experience a culture different from the one in Palo Alto. Austria’s cultural variances, many that I will talk about in future blogs, give an alternative perspective of the world.

In the meantime, I’ve noticed a few things about Austria since arriving. Austria is known for its more quiet and calm way of living. As a nation, it hasn’t lastingly made international headlines since Arnold Schwarzenegger won the Mister Universe contest in 1969.

That is until the largest population migration in modern history hit Europe, and hard. According to CNN, more than 300,000 refugees and migrants have fled to Europe in 2015 to escape war in the Middle East. In recent weeks, Austria has found itself at the center of the migration crisis, with about 80,000 people seeking asylum in the country just this year, according to the Guardian.

In fact, the same day I flew into Vienna, an international news headline flashed on the airport television:

Soon thereafter, I was reading on The New York Times about migrants who crossed the Austrian border from Hungary.

NICKELSDORF, Austria —  “Thousands of migrants who have been bottled up in Hungary, demanding passage to the West, will be allowed into Austria and Germany, the Austrian chancellor said late Friday. Early Saturday, the first buses carrying them arrived at the Hungary-Austria border.”

I realized that Austria was all over the news as thousands of refugees flooded the typically tranquil European nation. It has truly made its way to the roots of my experience here, as a refugee camp is located a block away from my school, and a new flood of people seek asylum almost every night.

During my stay here in Austria, I hope to bring a new perspective to Paly. Everything changes by the hour, and I look forward to giving you international updates. Keep watch for my next blog post. Willkommen!