Track and field to compete at CCS meet 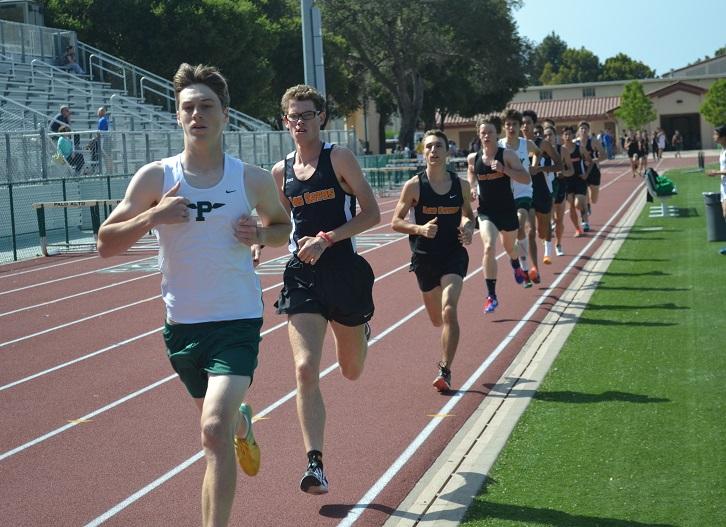 Eight Paly athletes and an additional three relay teams will be competing in over 10 events after placing in the top six in their events at the SCVALS meet. The girls’ team placed sixth out of 14 teams overall at SCVALs, while the boys’ team placed fourth out of 13 teams overall.

According to coach Kelsey Feeley, the team has been training with less rigorous exercises to ensure good health for the event.

“We kept this last week of training relatively light, working on fixing minor technical issues and focusing on keeping the body healthy and ready for competition,” Feeley said. 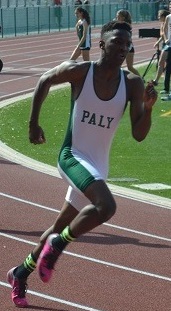 Junior Dami Bolarinwa competes in the 400 meter dash at a meet against Los Gatos. Bolarinwa placed third in the same event at SCVALS and will attend CCS semifinals. Photo by Aidan Maese-Czeropski.

Some particularly successful Viking athletes include junior Eli Givens, who placed first in the 100 and 200 meter races, and sophomore Kent Slaney, who placed third in the mile run. However, each competitor is expected to perform well at the meet, according to Feeley.

“All of the student-athletes who are competing this week have great chances of moving on to finals,”Feeley said.

“They have put in a tremendous amount of work this season and are more than prepared to excel in trials,” Feeley said. “All of the coaches are beyond proud of the accomplishments that the kids have already achieved and can’t wait to see it all pay off this weekend.”

According to senior team captain Anna Dukovic, the team has been doing well this season.

“Overall I think we have had a pretty good season,” Dukovic said. “Individually a lot of people have PR’d [beat their personal record].”

Dukovic says she is also looking forward to the event.

“All the athletes and teams are really good, so it will be fun to get the chance to run and jump against them,” she said.

Athletes who place in the top eight in track events and top 12 for most field events will move on to CCS Finals next Friday at 4 p.m.

The full results of the SCVAL meet can be viewed here.